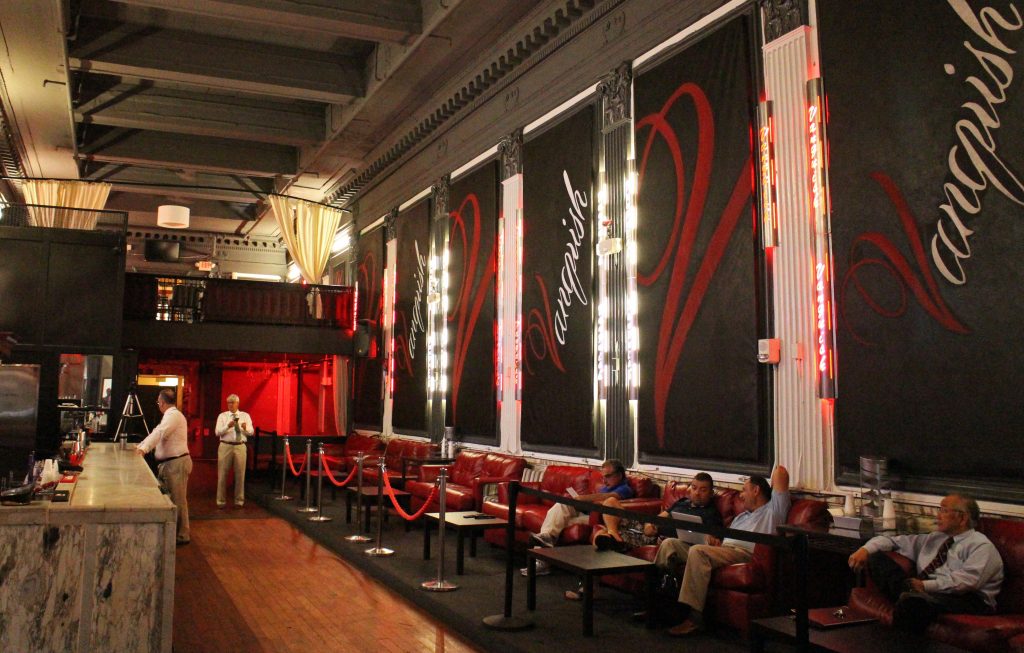 Bidders gathered at Vanquish, a downtown nightclub, to vie for the property. Photos by Michael Thompson.

A century-old bank-turned-restaurant property downtown is under new ownership.

Daryoush Hooshyar and a partner, both of West Virginia, purchased the 9,100-square-foot building at 1005 E. Main St. at a bankruptcy auction on Tuesday.

The property is home to Vanquish, a restaurant and club that leases the space. The building had been owned by Roman Development LLC, which is tied to local restaurateur Mo Roman, owner of Pie pizza restaurant at 214 N. Lombardy St.

Hooshyar and his partner beat out their fellow bidders with an offer of $935,000. A 10 percent buyer’s premium will be added to the contract price, which means the buyers will ultimately have to pay $1.02 million. 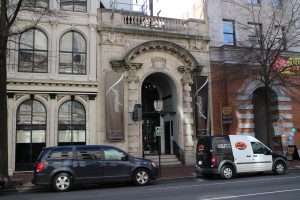 The building housed a bank and a couple of restaurant and bars before becoming Vanquish.

The auction was held by Tranzon in front of Vanquish’s bar. About 20 bidders and curious parties were in attendance. Bidding opened at $900,000 and dropped to $200,000, prompting dismay from auctioneer Tim Jennings.

“Y’all know how to use those (bidding) numbers?” he said.

When the bidding crept back up to $845,000, the field had been narrowed to Hooshyar and another party. Seated side by side along Vanquish’s plush leather couches, they traded bids in increments of $5,000. It took about 30 minutes for the winning bid to be called.

Tuesday’s bankruptcy auction follows an attempted foreclosure on the property in February by one of Roman Development’s lenders. The LLC was put in Chapter 11 bankruptcy to halt the foreclosure process.

The building had been initially listed for sale through Joyner Commercial with a $950,000 asking price. The property is assessed at $812,000, according to city records.

“After consulting with the seller, we thought we could do better,” Londrey said. “And we did.”