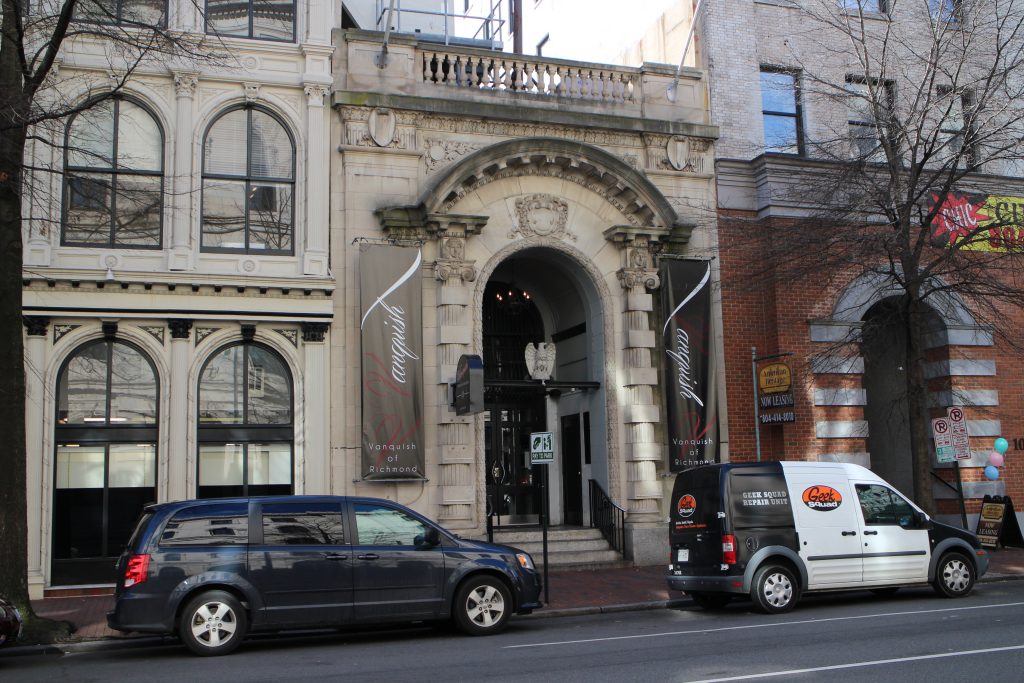 An old bank building downtown is headed for auction. Photo by Michael Thompson.

A local restaurateur is facing another threat of foreclosure at one of his downtown properties.

The 104-year-old former bank building at 1005 E. Main St., currently home to a nightclub and restaurant, is scheduled to go up for sale at a foreclosure auction on Feb. 19, according to a legal notice.

The downtown property was once occupied by a dual concept called Bank and Vault and presently houses a club called Vanquish.

The property is owned by Roman Development LLC. That entity is tied to Mo Roman, owner of Pie pizza restaurant at 214 N. Lombardy St. in the Fan.

Roman Development LLC lists its principal address as a home owned by Roman, according to public records. Local attorney Steve Goodwin is listed as the registered agent for the LLC.

Goodwin and Roman’s wife Amy Roman own stakes in Mbargo, a restaurant in Rocketts Landing.

Neither Mo Roman nor Goodwin could be reached for comment.

The push for foreclosure on the 8,866-square-foot East Main Street property comes a few months after two of Roman’s other restaurant buildings were facing foreclosure from Fulton Bank. 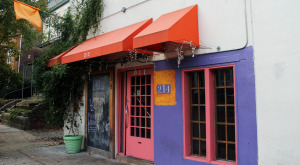 The Pie property on Lombardy Street was sold after its owner filed for bankruptcy.

Two LLCs that owned the Pie space and another of Roman’s restaurant properties in Stafford, Virginia, filed last-minute bankruptcies to stave off the bank’s attempts to foreclose.

Fulton Bank is also the lender on the downtown property. This latest foreclosure attempt stems from Roman Development defaulting on a loan issued in 2005 by the Pennsylvania-based bank.

Roman Development bought the Main Street property in 2005 for $450,000, according to city records.

Playing off its history as a former bank branch, Roman ran the Bank-Vault concept in the space until around 2011.

In addition to Fulton Bank’s efforts to schedule an auction on the courthouse steps, the property was also listed for sale this month with Dave Feibish of Joyner Commercial.

Vanquish, which Roman does not own, took over the lease on the building in February 2014.

Roman’s other LLCs have managed to avoid foreclosure, according to bankruptcy court records. The Pie restaurant property has been approved to be sold for $690,000 to an unnamed purchaser.

The court has also approved the sale of the Stafford property, despite Fulton Bank filing an objection.

What type of mortgage was this, exactly?

Apparently it was the same kind of ‘cash-out’ ‘free-money’ mortgage that half the country was taking out, over and over. Then they blame the banks when they end up owing too much.