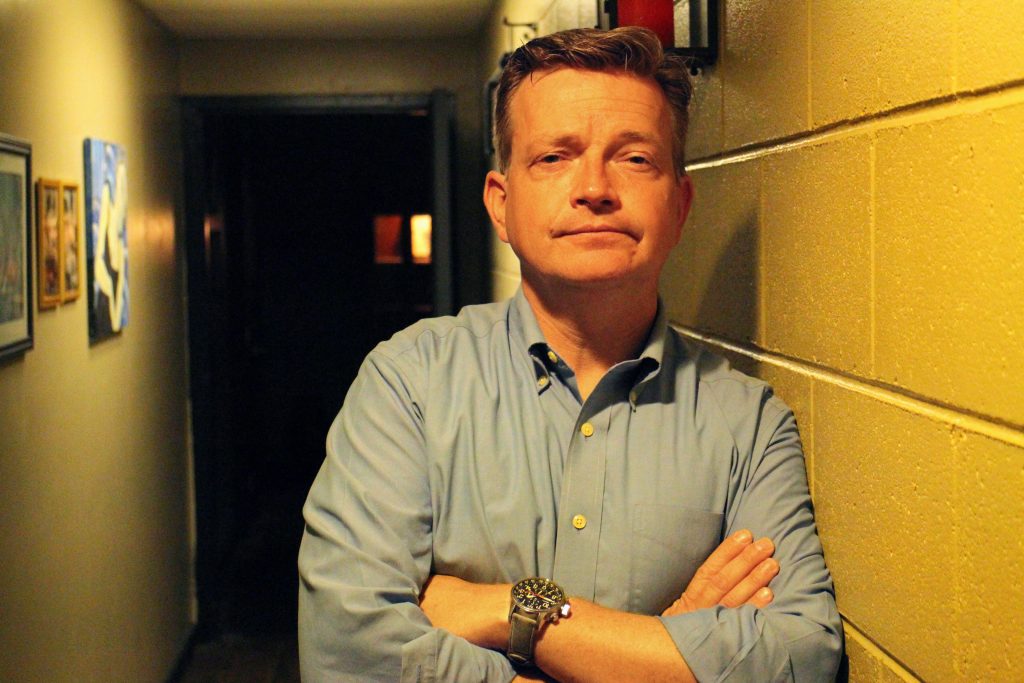 It could be a string of numbers hidden beneath the toy robots.

It might be a phrase printed on the Victorian record player, or something hidden inside the antique trunk that’s wrapped in locks and chains.

In addition to being the clues that solve a mystery, these seemingly random objects are the keys to Josh Czarda’s success.

Czarda earlier this month opened Escape Room RVA, a company that creates live-action puzzle adventures at 7001 Three Chopt Road in the Village Shopping Center. The venture hosts groups looking to test their intellectual mettle as they navigate their way through 15 or 16 puzzles in order to unlock the door out of the room.

Escape Room is accessed through an entrance on the back of the shopping center, behind the Martin’s. Fittingly, the actual 3,500 square feet that Czarda has transformed into three mysterious rooms are underground, beneath shoppers perusing the grocery store’s aisles of cereal and produce. 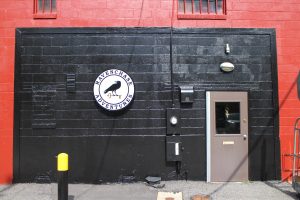 Escape Room RVA sits behind a Martin’s in the West End.

One day last week, a team of employees from local athletic events organizer Sports Backers were trying to work their way out of the Steam Punk Room, scouring its Thomas Jefferson-designed cipher wheel and vintage prints of bird and insect classifications for clues.

The nonprofit co-workers had an hour to try to escape and hopefully do some team building along the way.

“Did you already start on this robot thing?” one employee said.

“There’s some sort of ‘four-equals-something,’ but I couldn’t figure it out,” said another.

“I think the trunk gets us out of here,” someone else said.

Czarda, all the while, can see and hear the group through a radio and live feed in a back room. He eventually pokes his head in after about 15 minutes to offer some guidance and restart the WiFi for a remote-controlled maze.

“It takes every group 15 to 20 minutes to acclimatize to the rooms,” Czarda said, pausing to listen outside the door. “They’re talking a lot more, too. I listen for the volume change. The more they start talking, the better they’re going to do.”

Since opening, about 480 people have entered Escape Room RVA’s three rooms, which Czarda designed and developed. In addition to the Steam Punk Room, there’s the Mind Trap Room, which takes its inspirations from Hannibal Lecter, and the Seven Deadly Sins room, where participants must “engage” in lust, gluttony, greed, sloth, wrath, envy and pride. 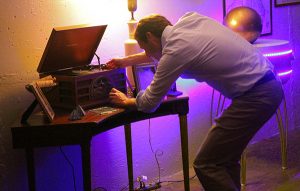 A Sports Backers employee works to dig up a clue.

The only real rule for each room is that force is never required to solve any of the puzzles (“If you break it, you bought it,” Czarda tells new groups). Participants strive to get out through a locked escape door, but the entrance door stays unlocked for safety.

Czarda, a former lawyer and University of Richmond law graduate, said the success rate for escaping the three rooms ranges between 30 and 50 percent.

“People undervalue how intelligent they are,” Czarda said. “They are a lot smarter than they think.”

Czarda has been watching people try to crack his puzzles for 12 years – he also organizes private events through his other company, Ravenchase Adventures.

Czarda’s path toward building live-action mysteries began in 2001, when he put together a sort of intellectual treasure hunt for his mom and siblings. He then did some events for friends in Richmond, who encouraged him to turn his adventure and puzzle making skills into a business. After putting up a website for Ravenchase Adventures, Czarda got asked to organize a James Bond-themed event on the Mediterranean island of Gozo for 300 people.

“It was going to pay a third of my annual salary at a two-day event,” Czarda said. “It was a no brainer at that point.”

Since then, Ravenchase Adventures has done events for the likes of Altria, Capital One, Genworth and the New Orleans Saints, as well as birthday parties. 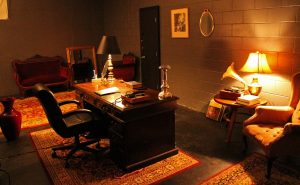 With Escape Room RVA, Czarda is looking to use the gadgets and puzzles he has made over the years to create a new revenue stream fueled by the growing popularity of escape rooms. He said a Suffolk couple looking to open an escape room called him about visiting his operation in Richmond. Washington, D.C., Nashville and New York are also already home to various escape room ventures.

Czarda described the experience as the new frontier of entertainment for a culture looking to spend less time in front of screens.

“There’s part of us that misses the tangible feel of anything,” Czarda said. “It creates joy when you hear people having that ‘aha!’ moment.”

He compared designing the puzzles and the structure of each room to inventing chess.

He has to think three or four moves ahead of future players and imagine all the possible approaches to the puzzles people might take. The rooms cater to corporate team building but are accessible to younger players in their teens, as well.

“You have to do it in a way that spans the range of your customer base,” Czarda said. “It’s about finding that sweet spot, where you are pushing their capacity to solve it right to the edge, and when they do, it gives them a sense of discovery and pride.”

Czarda said in the weeks since it opened, Escape Room RVA has brought in $20,000 in revenue. It costs $25 per person to participate.

He spent about $50,000 to open Escape Room and said he would eventually like to launch locations in Williamsburg, Virginia Beach and Raleigh.

But Czarda doesn’t just want to scale the business. He wants to expand the escape rooms themselves. He said he hopes to one day open an escape room in a 50,000-square-foot warehouse that can simulate a bank heist.

The 1997 David Fincher film “The Game” is a big inspiration. The movie is about a man participating in an all-consuming game designed by a fictional company called Consumer Recreation Services.

“That’s been a dream of mine for a long time,” Czarda said. “I saw that at a young age and said, ‘One day, I’m going to make that company.’”

Back at Escape Room, the Sports Backers crew made it out of the Steam Punk room with about seven minutes to spare.

I was there 2 weeks ago with a Yelp Elite Event. E We were divided into two groups, as and my group went into the Hannibal Lector room. To say the least, with 10 min, we were working together as a team searching for clues. I had lots of fun, as you had to think when a clue was found. This is so well done, I was amazed in the creativity of the puzzles to open the next lock. We were able to get into the next room, however even though they allowed a little extra time, we failed to… Read more »

My firm did this as a fun Friday retreat two weeks ago doing 2 of the 3 rooms. This is a challenge, as it forces your staff to really work as a unit, and it is very fun. I definitely recommend it for a small firm or departmental getaway from the office. If this site let you give “stars” I’d give it 6 out 5!

The New York Times did a story last year sometime on the popularity of these adventures in Central Europe. From Budapest, Hungary, escape rooms have spread to Czech Rep. and Austria.