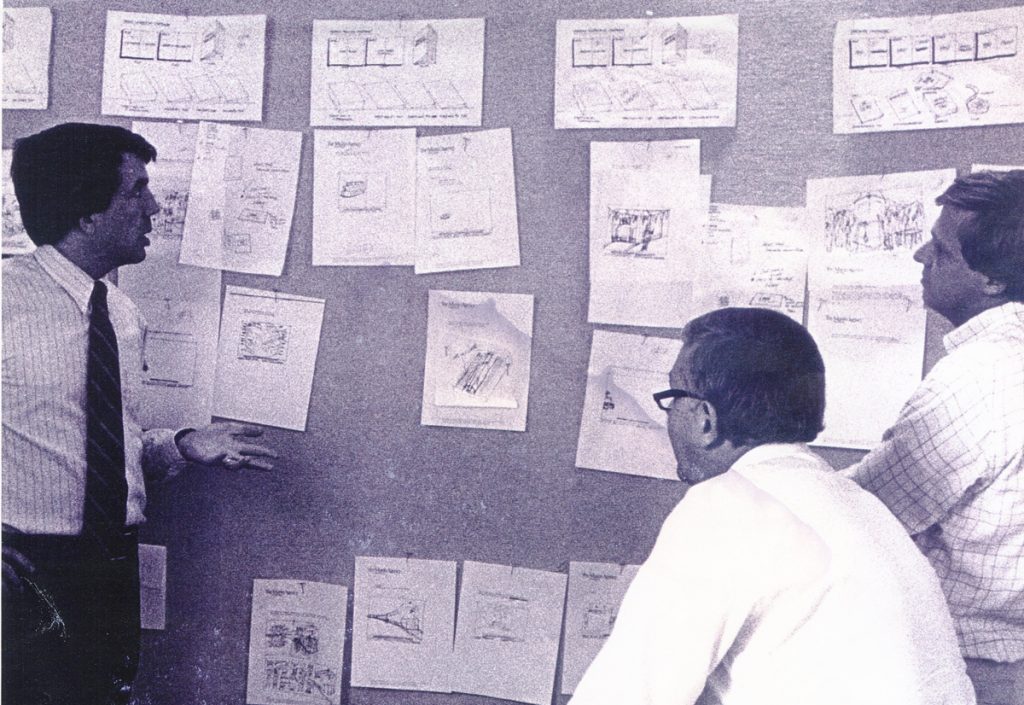 Mike Hughes at the drawing board in 1980. Photos courtesy of Martin Agency.

For an ad shop that’s turning half a century old this year, there’s still a lot of new coming out of The Martin Agency.

Credited with putting Richmond on the national marketing map, the agency, which celebrated its 50th anniversary on Sunday, opened its first overseas office in London last year, while also celebrating 20 years of making groundbreaking ads for insurance company GEICO, the most enduring of its many advertising accounts.

And just last month, one of the ads for that account – a pre-roll titled “Family,” from the insurance company’s innovative “Unskippable” campaign – earned The Martin Agency its first Grand Prix in Film award from the prestigious Cannes Lions festival in France.

The agency is marking its 50-year milestone with a party in September and other surprises that CEO Matt Williams said will celebrate the past while looking ahead to the agency’s future.

Williams reflected on both in a recent interview with BizSense. Below is an edited transcript: 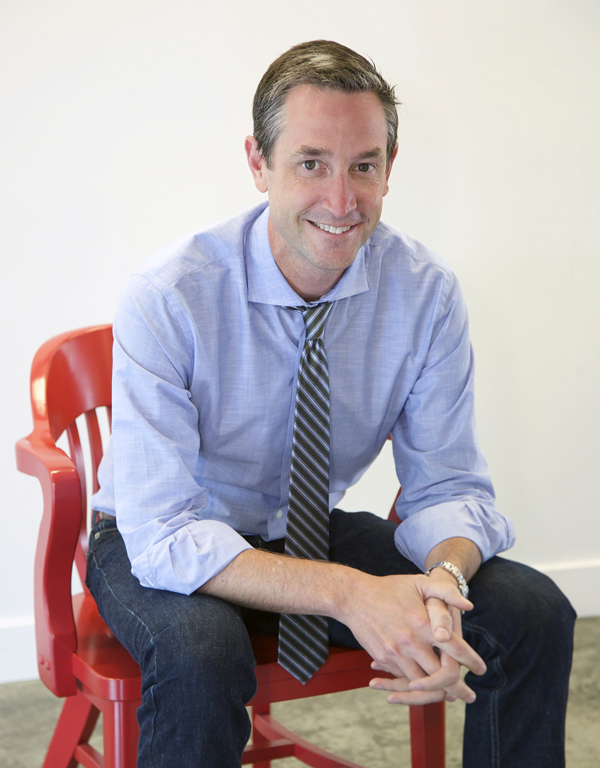 Richmond BizSense: Tell us about the history behind The Martin Agency. How did the shop get started?
Matt Williams: Fifty years ago, David Martin, our founder, had this revolutionary idea that an agency outside of New York or Chicago or Los Angeles should be able to do world-class creative work. And at that point, that wasn’t really happening. He and his partner, a guy named George Woltz, started an agency called Martin & Woltz, and their first client was a regional bank here in town. They had the regional bank, they got the Colonial Williamsburg business – and they started growing with these regional accounts.

Harry recruited Mike Hughes as a creative director. Mike was a former journalist who decided to get into advertising. John Adams (currently the chairman) joined just prior to Mike as an account lead in the PR department. And the four of them – Dave, Harry, John and Mike – really formed the core leadership team of what became The Martin Agency.

In 1992…when we won the Mercedes-Benz account, it brought us to the attention of the national advertising scene, and we started attracting more and more national clients. That’s when the agency really started its period of really fast growth, under Mike and John.

The agency was sold to WPP, which is one of the big agency holding companies, in 1986. When we were sold to WPP, we became part of an agency called Scali, McCabe, Sloves, which was then sold to another holding company called Interpublic Group, or IPG, and we went with them.

RBS: What was it about the Mercedes-Benz campaign that made it stand out?
MW: We created a voice for Mercedes-Benz that was simultaneously consistent with the luxury core of the brand, but it was accessible and interesting. It had a spirit to it that people liked. When the Baby Benz came out, they had to speak to a new audience in a new way without losing the essence of what Mercedes was.

I can remember a couple of headlines that stood out as examples of that. One was a picture of a fast-moving Mercedes-Benz and the headline simply said: “Haul Derriere.” Another one was a newspaper ad that was about a lease deal that said: “We didn’t build the best car in the world to let a lousy economy keep you from driving it.”

RBS: What other accounts have been standouts for the agency?
MW: Soon after (Mercedes), we won the GEICO business, and we’ve had GEICO for over 20 years now. It has been one of the most amazing partnerships, not only in our company’s history but I think in the history of advertising. It has changed the way advertising is done in their category and outside of their category.

The Walmart win was a watershed moment for us. We started working with a client at Mondelez on the Oreo business. I think Oreo has been a flagship creative standout for us for the three years that we’ve been working with them.

RBS: Isn’t Martin also responsible for the ‘Virginia is for Lovers’ slogan?
MW: That was a long time ago, back in the late ‘60s, right after the agency was founded (as Martin & Woltz). I think to this day it remains the longest-running tourism line in the country. It’s on license plates, it’s on millions of T-shirts, it’s on every kind of accessory you can imagine.

RBS: How has it been being part of Richmond’s evolution as a creative community?

The agency’s headquarters in Shockoe Slip.

MW: We are exceptionally proud to be a part of what’s happening in Richmond right now. If I look around at the way the creativity of this city has started to come to life, and the prominence that Richmond has started to take as a result of that over the last five years or so, it’s been an amazing thing to watch. And Richmond is a big advantage for us now in recruiting creative talent to this town. People see the city being vibrant and interesting, the cultural, outdoor life of the place has come alive. I’m flattered when I hear that The Martin Agency has had something to do with that. I hope we have.

RBS: Looking ahead to the next 50 years, is that what you see happening for the agency, extending its international reach?
MW: Yes. We can’t attract the most talented people in the world or the best creative opportunities for those people if we limit our view to the borders of the U.S. So it’s very important to us to have a presence outside the U.S. And London is the first of those. We hope there are others. We hope that our business takes us into Asia, South America, the West Coast of the United States.

RBS: What’s in store for September? We hear there’s a big party being planned.
MW: There are going to be some surprises. You only turn 50 once, and 50 is a big landmark for this company or any other company, so we want to take a moment to step back and celebrate where we’ve been, but also celebrate where we’re going, because the same thing that got us to the landmark of 50 years is going to take us to 100 years and 150 years. And that thing is the belief that doing great work and having great ideas can fuel the growth of this company and the people who work here for years and years to come.

The Martin Agency is held in very regard by everyone in the industry. Their people and their work is universally respected. The agency has a culture of great humanity and it shows in everything they do.