The newest player in the local fitness industry hopes it can win over the minds of Richmonders by focusing on their hearts.

An Orangetheory Fitness franchise is set to open in September at the corner of Lauderdale Drive and West Broad Street in the Corner at Short Pump.

Partners Brooks Stone, Mark Blum, Kyle Turner and Yedda (no last name) are the owners of the franchise, which will be the brand’s first in Richmond.

Orangetheory’s niche is interval strength and conditioning workouts that emphasize participants’ heart rates. Group workouts are led by trainers, and participants are connected to monitors that flash their heart rates on video screens in the gym. The idea is to work out at an intensity that keeps one’s pulse in the so-called “orange zone,” between 84 and 91 percent of their maximum heart rate. 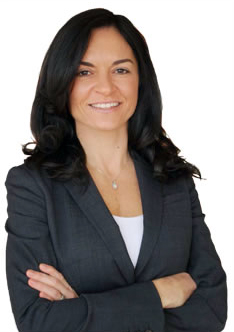 Yedda, one of the partners in bringing Orange Theory to Short Pump.

The four partners have a fast-paced expansion plan for Orangetheory in the area. They’ll look to open additional locations in Willow Lawn and Midlothian next year and would eventually like to have a total of 11 gyms in the Richmond region. Yedda said it will cost $5.5 million to reach that goal.

Stone had initially planned to open an Orangetheory location in 2013 in Towne Center West, but the project never came to fruition.

The only other Orangetheory Fitness open in Virginia is in Arlington. There are 220 locations open nationwide and 389 in the works both stateside and internationally, Yedda said.

Orangetheory will be the first tenant to occupy the 2,600-square-foot space that it’s eyeing at the Corner at Short Pump. Kyle Henry is the architect for the space.

Yedda, who teaches in VCU’s kinesiology and health sciences department, said Short Pump’s demographics made it an ideal first location.

Up to 24 people can participate in a class. Exercises include treadmill work and stationary rowing, as well as use of straps, dumbbells, and medicine balls. There are no long-term contracts to be a member. Members get access to all Orangetheory Fitness locations.

Yedda added that because every member works out according to the strength of his or her own heart, Orangetheory attracts both athletic and non-athletic people. Participants receive emails after they work out that detail the results of their exercise.

“It’s an individual workout, but now it can be done in a group setting,” Yedda said.

Pure Barre Richmond-Short Pump is also fitness competitor located in that area in the Shops at Westgate.