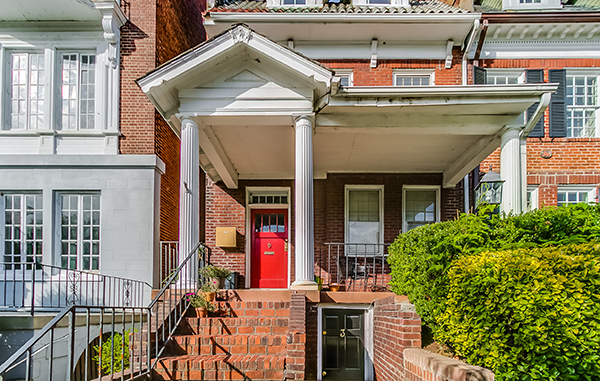 The property at 2217 Monument Ave. has been put on the market. Photos courtesy of Robb Moss, The Steele Group Sotheby’s International Realty.

Interested buyers whose chances were foiled after a high-profile auction have a renewed opportunity to grab a piece of River City Renaissance.

The two companies, which worked in partnership to close on the deal, have listed seven properties: four apartment buildings and three single-family homes on Monument Avenue that were converted into apartments.

Jefferson is currently imprisoned for historic tax fraud and is appealing his 20-year sentence.

The owners closed on the portfolios in late April after a five-month saga that followed a credit bid from U.S. Bank, the winner of a highly publicized auction.

“I think there will be a lot of folks who were interested during the auction and, as it turned out, maybe didn’t have the opportunity to really be in a position to acquire them,” said Andrew Basham, principal with Spy Rock. “So I think the level of interest is high.”

The four apartment buildings currently listed are the three-unit 622 N. Boulevard; the five-unit 2700 W. Grace St.; the nine-unit 2215 Monument Ave.; and the Lord Fairfax building at 3115 Monument Ave., which has 34 units. 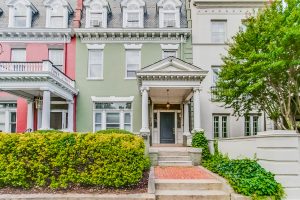 The single-family home at 2233 Monument Ave. is the most expensive of the three houses listed.

The buildings have been listed separately and without prices, which Basham called a standard practice in the market right now.

The three houses, which were converted into apartments, are located at 2217, 2225 and 2233 Monument Ave. The first two are listed at $499,000, and the third is priced at $549,000. All three would ideally be returned to single-family homes, according to Robb Moss, who is listing the properties with The Steele Group | Sotheby’s International Realty.

“There’s a lot of deferred maintenance, but a lot of the amenities are still in good condition, and they still have their grand feeling,” Moss said. “You can see, through the petitioned walls they used to divide the apartments, that these homes were very grand at one time.”

After closing on the properties, Davis Cos. and Spy Rock started a vigorous renovation process, during which they examined all the properties and found that these seven did not fit with the rest of the portfolio.

“We were going at light speed when we bought the whole portfolio, and there were a lot of unknowns at the time,” Basham said. “What we’ve discovered has been nothing surprising or out of the ordinary, but as we evaluated the larger portfolio, we recognized that there were a few of these properties that probably didn’t necessarily fit into the long-term business plan.

Quentin Reynolds with Davis Cos. said unloading the properties will create natural concentrations within the larger portfolio, while also giving them a chance to be restored.

“They’re really great pieces of real estate. The Monument building is beautiful and sort of needs some work, and Lord Fairfax is such a cool building,” Reynolds said. “Some of these need a little more work than the others, and someone else may be able to give them the attention and capital they need.”

Reynolds said the partners do not yet have an estimated cost for the portfolio renovations and are instead taking their time and trying to learn more as they work.

According to Basham, the work should wrap up in a little less than 18 months. He said about 90 percent of the work they are doing now is amenity replacement and tackling overdue maintenance.