Correction: A previous version of this post incorrectly stated that applications for Robins Foundation’s were due Aug. Applications open Aug. 1 with a deadline of Sept. 1.

The Virginia Environment Endowment gave the Capital Region Land Conservancy a $10,000 grant in support of the Our Land and Water program, which provides strategic conservation in the middle James River watershed.

The Luck Companies Foundation provided $5,000 to the Capital Region Land Conservancy to support the Our Land and Water program.

Hyatt House was the recipient of the 2015 Best of Richmond Award in the Lodging category by the Richmond Award Program, which recognizes companies that have achieved “exceptional marketing success.” 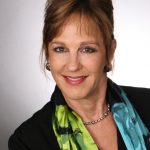 VCU’s Institute for Contemporary Art received a $1 million donation from Patsy K. Pettus on behalf of her late husband Hunter R. Pettus. To note the gift, the Grand Stairwell in the ICA will be named after the couple.

University of Richmond was selected as one of The Chronicle of Higher Education’s “Great Colleges to Work For.” This was the first year the university received the honor.

The Chesterfield Towne Center will host Adventure to Santa – a DreamWorks DreamPlace during the 2015 holiday season. The experience is meant to immerse the entire family in an interactive journey to the North Pole.

North South 804 Apps has been hired by the One Love Foundation to create an application that will help students join the “Yards4Yeardley” initiative, a student-inspired campaign to raise awareness about relationship violence. 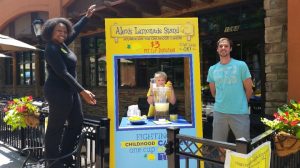 Firebirds Wood Fire Grill raised more than $100,000 for pediatric cancer research last week through its participation in the Alex’s Lemonade Stand Foundation’s Alex’s Lemonade Days. The restaurant has also donated about $500,000 to ALSF by providing the organization with $1 per every glass of lemonade ordered in its restaurants.

The Cameron Foundation has approved $1.9 million in new grant funds to nonprofit organizations in the Petersburg tri-city area. $275,000 went to Virginia’s Gateway Region.

The Virginia Home for Boys and Girls raised over $35,000 during its 26th annual VHBG Golf Classic Tournament, during which 27 teams participated to raise money to support the organization. 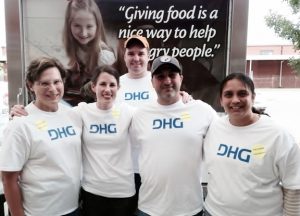 Applications open Aug. 1 for the Robins Foundation’s $500,000 Community Innovation Grant, a grant that goes to collaborative projects that test new ways to tackle the region’s biggest issues. The deadline is Sept. 1.

Dixon Hughes Goodman donated 270,875 pounds of food to communities it serves across 12 states, including Richmond, where employees donated 5,600 cans of food to the Central Virginia Food Bank (FeedMore) and 2,400 cans to the Chesterfield Food Bank.

The American Institutes of Architects has changed its name to AIA Virginia, following approval from membership and the Board of Directors.

The Virginia Center for Architecture has changed its name to The Branch Museum of Architecture and Design. The museum is located at 2501 Monument Ave. in the Fan District.

Vandeventer Black LLP’s William E. Franczek was selected as the Senior Statesman and Eminent Practitioner and ranked as a Leader in the Field in the 2015 Chamber & Partners, Chambers USA Guide. Franczek was one of three lawyers in Virginia to be recognized.

Daniel Siegel of Sands Anderson was awarded the Distinguished Community Service Award from the Jewish Communication Federation of Richmond. 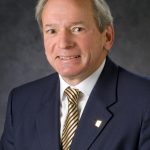 Marilyn & Michelle, a startup that develops products for breast cancer patients and women with breast-related issues, is expanding east to sell in Newport News and Virginia Beach, in addition to its Richmond stores. 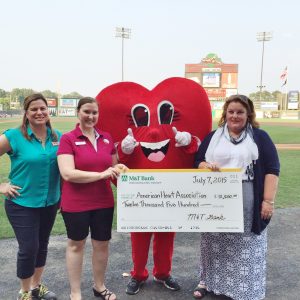 M&T Bank of Central Virginia provided the local American Heart Association with a $12,500 donation to help the branch in its efforts to raise funds and awareness for heart diseases and stroke.

On June 27, Bon Secours hosted a community men’s health awareness event at the Bon Secours Washington Redskins Training Center. Men of all ages were welcomed to attend and “check their health.”

Bon Secours was recognized by the Senate Special Committee on Aging for its programing for older workers. The health system was welcomed to testify before the committee on a hearing titled “Work in Retirement: Career Reinventions and the New Retirement Workscape.”

Bon Secours St. Mary’s Hospital recently received several designations, including: Becker’s Hospital Review’s “100 hospitals and health systems with great heart programs;” the Society of Thoracic Surgeons’ “3 Star” rating; a CareChex ranking of No. 1 in Cardiac Surgery-Major in Virginia in 2014, as well as a No. 3 Cardiac Surgery-Major in 2014; U.S. News & World Report included St. Mary’s among the nation’s best in five critical-care procedures and conditions; and the American Heart Association/American College of Cardiology Foundation’s Get With the Guidelines-Heart Failure Gold Quality Achievement Award. 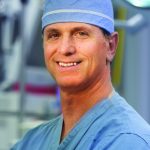 Bon Secours Heart & Vascular Institute’s Chief Medical Officer Marc Katz was the principal investigator in the first retrospective study on quality outcomes for patients implanted with a left ventricular assist device, a mechanical pump that is implanted in the chest to help the heart circulate blood.