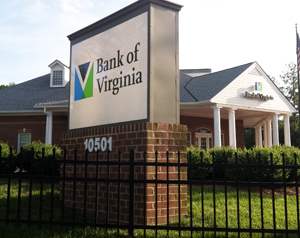 As it looks to the next phase of its growth strategy, a Midlothian bank has brought on a hired gun.

Bank of Virginia and its parent company Cordia Bancorp have lured Ed Barham Jr., most recently head of the former StellarOne Bank, out of retirement. He clocked in Wednesday as the new president and CEO of Bank of Virginia, reporting to previous CEO Jack Zoeller, who remains chairman and chief executive of the holding company and its new student lending arm CordiaGrad.

Barham’s arrival comes six months after Bank of Virginia lost its president and COO Richard Dickinson to TowneBank, a recent arrival in the local market.

A banker with three decades in the industry, Barham retired as CEO of StellarOne when the $3 billion institution was acquired by Richmond-based Union Bank & Trust in 2013.

“I was thinking my banking career was over and Jack showed up a year later,” said Barham, 64. “It just brought the competitive juices back to the top.”

At Bank of Virginia, Barham steps in to oversee a $324 million bank that has methodically worked its way out of the doldrums of the recession to a steadily profitable enterprise with growth ambitions beyond its current footprint of six branches in the Richmond market.

That turnaround began when Zoeller and Cordia bought control of the bank in 2010.

“We’ve been doing fantastic organic growth, both in lending and deposits, for three or four years now,” Zoeller said. “We also want to do more and faster strategic growth.” 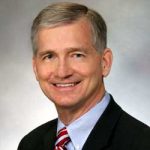 Strategic growth of course hints at mergers and acquisitions, and that’s where Barham comes in.

In addition to the massive deal with Union, Barham oversaw a series of M&A deals beginning in the mid-’90s that led to what became StellarOne. That streak began with his tenure at Second Bank & Trust in Culpeper, Virginia – then a $175 million institution – and ultimately involved Virginia Financial Group, Virginia Commonwealth Financial Group and others.

“You’ve got a guy like Ed available who has a track record of M&A,” Zoeller said. “One thing I’ve learned is you recruit people who have already succeeded at what you want to succeed at yourself. Ed had succeeded four or five times over.”

Neither Zoeller nor Barham would discuss the bank’s plans for potential deals or what areas it is targeting, but Zoeller has said previously he wants to take advantage of the fact that the Bank of Virginia brand lends itself to expansion elsewhere in the state.

“We have a lot more coming and it’s on multiple fronts, and more talent is better than less talent,” Zoeller said.

A North Carolina native, Barham is the son of a banker and attended UNC Chapel Hill. He said he started his career in the Tarheel state at a small bank that eventually became part of Bank of America.

He said he and his wife are in the process of moving to Richmond.