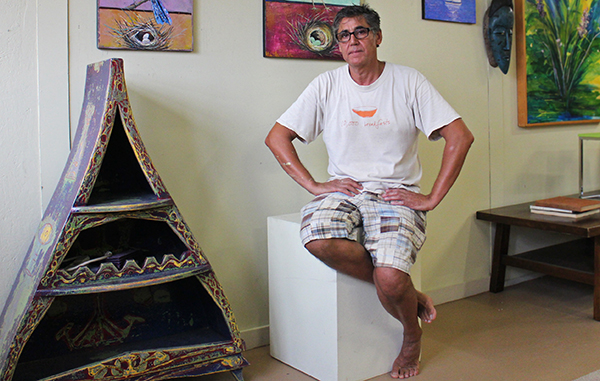 Mehmet Sahin Altug will move his art studio and shop to Carytown. Photos by Katie Demeria.

An established Manchester artist has plans to bring some color to Carytown.

Mehmet Sahin Altug, owner of Bainbridge Art Center at 1312 Bainbridge St., is packing up his artwork and heading to a new location at 3417 W. Cary St., where he will open Cool Colors Gallery.

A painter by trade, though he started his career making furniture in his home country of Turkey, Sahin Altug’s move to Carytown was prompted by the sale of his Bainbridge building to developer RJ Smith for $450,000 in late June. He had owned the property since 2003. It, along with the property behind it along Hull Street, will be redeveloped.

He then purchased his new Carytown location in late July for $310,000. It previously housed the Co-Ed Hair Co.

“It was perfect,” he said. “It is the cutest little building.” 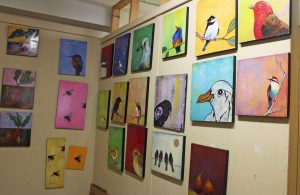 Sahin Altug said he found the Carytown building out of luck, stumbling on an ad online and reaching out to the owner.

The move will mean a decrease from 8,000 square feet in Manchester to 1,400 square feet on Cary Street, but he said the downsizing is a welcome result. He plans to move into his new space in late September and open Cool Colors by October, and he is currently trying to sell as much artwork as he can to make the transition easier.

“In a sense, this is my dream come true,” he said. “I wanted to move to a smaller place, and this is my second and probably last venue, so everything worked out well.”

Cool Colors Gallery will operate in much the same way as the Bainbridge Art Center, largely as a gallery to sell Sahin Altug’s artwork. His paintings usually depict natural scenes, particularly birds or bees, and some landscapes. Small prints are sold for as low as $20, but larger originals can range from $95 to $750.

The gallery also serves as his studio, and he plans to work and interact with customers during the day. Other items available for sale will include handmade pieces created by local artists. 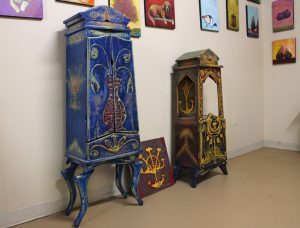 “It will be a collaborative space,” he said.

Originally making furniture in Turkey, Sahin Altug said he did not particularly like the work because he had no creative freedom. Then he moved to Massachusetts and worked as a colorist, manually matching the colors on patterned wallpaper, some modern and some dating back to the 16th or 17th centuries. Through this work, he said, he learned the ins and outs of colors.

He moved to Richmond 15 years ago because he liked the city and had family here. He continued some furniture making, this time pursuing eccentric looks that drew from his Mediterranean background. But eventually he began his work as a painter, utilizing his training as a colorist.

“I always wanted to paint,” he said. “And everyone loves the color. This is my goal: make people happy and make them smile.”

Congratulations Mehmet! So happy I could help you in the Purchase of this building, I know you will have great success in this new space. If you haven’t had a chance to see Mehemt’s work before, you need to stop by. Great artist and an incredible person.