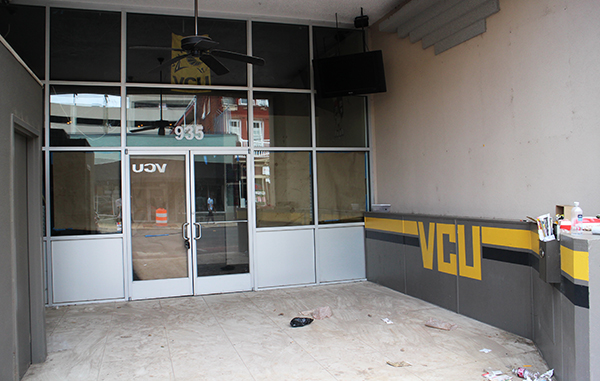 Campus Cookies had cleared out of its Grace Street space by Thursday. Photos by Michael Thompson.

The VCU outpost of a cookie delivery company has closed after less than a year while it transitions as part of a deal with a local rival.

Scott Davidson, the owner of Campus Cookies at 935 W. Grace St., said in an email that he made the decision to close the company’s Richmond location this summer and that locally based Red Eye Cookie Co. will open in the space.

“We had to make the tough call in order to stay in line with our mission of building lasting relationships,” Davidson said in an email. “We happily made a deal with our friends at Red Eye, and wish them the best of luck!” 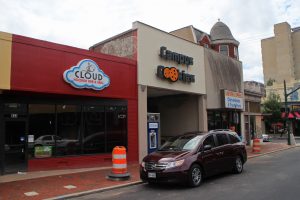 The storefront sits next to the recently opened Shawarma Shack and an upcoming hookah bar.

He wouldn’t go into further detail about the deal, saying only that Red Eye would open in the storefront.

“Each company had their goals, and we came to terms that allowed for a fluid transition,” Davidson said.

Red Eye, which could not be reached for comment, launched in March 2014 and operates out of the nearby Sally Bell’s Kitchen at 708 W. Grace St. That property was purchased by VCU last year in a deal that would allow Sally Bell’s to continue operating there for three years, but the business has said it would be moving out.

In taking over the Campus Cookie slot, Red Eye will find itself on the same block as Insomnia Cookies, a national chain that is the giant of the late-night cookie delivery market.

Davidson said he plans to focus on his other locations in Charlottesville, Blacksburg, Harrisonburg, and Greenville, North Carolina, and said it’s possible Campus Cookies may return to Richmond.