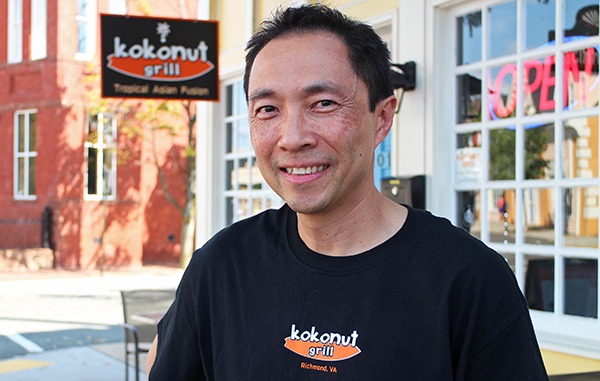 Tom Tham and his wife Jaclyn recently opened a new restaurant at Main and Morris streets. Photos by Michael Thompson.

A taste of the Pacific has arrived in the Fan.

They’ve taken residence in a space that was previously occupied by Chow House, which closed after about two years in business. Before Chow House, the 1,100-square-foot space was home to Boo’s Brown Bag, which was open for less than a year.

Tom Tham takes confidence in what he sees as a lack of Malaysian food in Richmond. 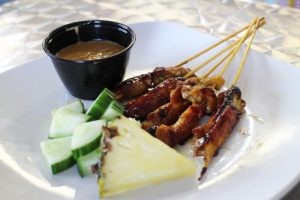 “Malaysian food is very flavorful,” he said. “It is my heritage and I would like to bring it to the Richmond area.”

Items on the Kokonut Grill menu include chicken satay, sweet yam balls and peanut pancakes. The restaurant is open for lunch and dinner for both dining in and take-out.

Tham wouldn’t say how much it cost to open Kokonut Grill. He is financing the venture himself.

The Thams come to Richmond by way of Northern Virginia. Tom Tham said he worked previously in management consulting. Both he and his wife have family members who work in the food service industry.

“I have been traveling a lot – I wanted to be able to settle down,” he said. “There’s greater opportunity in Richmond.”