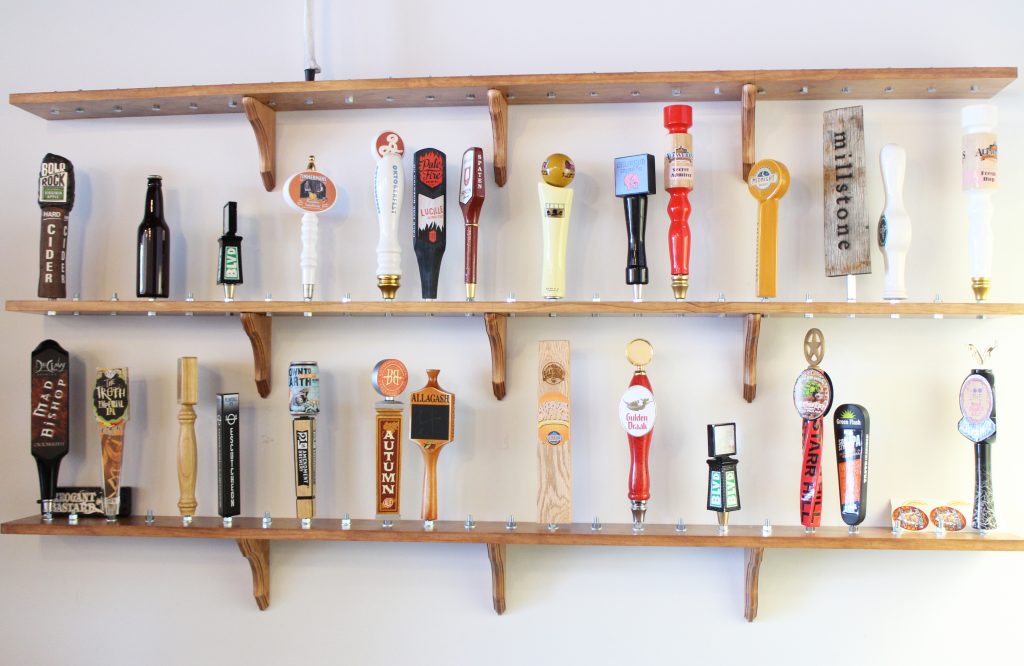 An expanding local beer shop chain has unveiled its newest location in Short Pump with the ability to do more than just fill growlers. 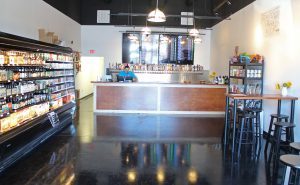 The new shop has seating for food and beer flights.

Like its smaller sister store, the Short Pump shop sells beer to go by filling customers’ growlers from 56 tap lines. But the new Growlers to Go can also serve beer for on-site consumption and food, with 14 seats for customers.

The wheels are sold by the type of beer, allowing customers to sample and compare multiple dark beers or IPAs, and can be paired with food recommendations. The shop is selling snacks and sandwiches.

In addition to the extensive tap list, the shop sells about 150 beers in bottles and cans and has room to expand its tap offerings. Shoppers can also build their own six-packs or try staff selections. 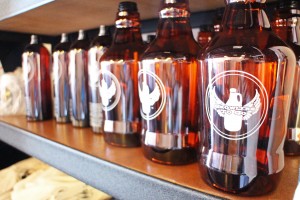 Growlers to Go launched its Boulevard location less than a year ago.

Growlers to Go has also added a new service called Kegs to Go that sells and delivers kegs. The expanded service required a delivery permit from the state ABC board, as well as a keg license, Carter said.

“We found we get a lot of demand to provide our beer at parties,” he said. “We can send people to parties with all of the range of beer, all the equipment and can even send someone from Growlers to Go.”

Carter said the Short Pump store will provide the blueprint for the company’s future growth and said he is close to finalizing a deal for a third location. It’ll be Growlers to Go’s third store since its launch in December at 1017 N. Boulevard.

“People are coming into our store because they want to taste and buy some beer to take home,” Carter said. “Now they’re allowed to have more than just a sip of beer. Maybe we’re creating a new genre.”