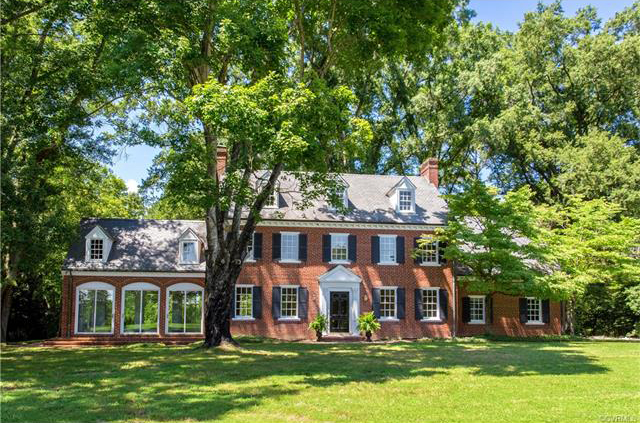 The home at 911 S. Gaskins Road has been put up for sale by a family trust. Photos courtesy of CVRMLS.

A front-row seat for next year’s PGA Champions Tour is being teed up for $2.2 million.

On the market for the first time in 50 years, a 10-room home on the ninth fairway of the Country Club of Virginia’s James River Course was listed Sept. 8 for $2.24 million.

The property, whose previous owners were members of a family with strong ties to James Madison University, was listed by The Steele Group | Sotheby’s International Realty. Laura Peery and Bo Steele are the co-listing agents.

Located at 911 S. Gaskins Road in the West Knoll neighborhood in western Henrico County, the Georgian-style home is 3,500 square feet across 2½ stories, with four bedrooms, three bathrooms and two half baths. 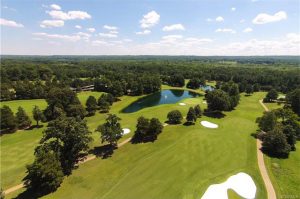 Built in 1965, it was previously owned by the late Dr. William S. and Anne R. Dingledine. William Dingledine, who died in August 2014, was an internal medicine physician who also served as medical director with the Virginia Electric and Power Co., now Dominion Resources – the same company that is the naming sponsor on the PGA Champions Tour event coming to the course next year.

The home has been owned by a family trust since William Dingledine’s death last year. His wife Anne died the year before.

The house features an arched-entry foyer, formal living and dining rooms, and a sun room with views of the front and back yards. The second level includes a master suite with a dressing room, and the house also has a full basement, two fireplaces, a two-car garage and a private driveway. 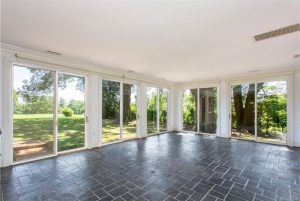 The sunroom has tile flooring and a wet bar.

The house sits on a 5-acre wooded lot that includes a 1.2-acre buildable lot overlooking the James River basin and fronting the golf course. A Henrico County assessment conducted in February valued the overall property at $1.04 million.

Peery said the house was one of the first to be built after West Knoll was developed in the late 1950s. She said the buildable lot provides an opportunity for an additional house or structure fronting the golf course.

“It’s a very stately looking mansion, and to have the opportunity to be right on the ninth hole of a golf course like the Country Club of Virginia is quite unique,” Peery said. “There’s plenty of room for another golf-fronting house, if somebody wanted to subdivide it or do whatever they wanted with the 5 acres, because there’s just so much land.”

Steele said the home would most likely appeal to a buyer who is already a member of the club, but the listing is marketed to all buyers – not just members or golfers.

“We’re marketing this to anybody and everybody, but we know that the buyer most likely is going to be a local buyer who’s probably a member who really sees the value of being in that location,” he said. “Getting 5 acres out there on the golf course is a pretty rare thing.”

I believe that from the information in the article, this house is 50 years old and not 60. It was built in 1965.

A true class A property!