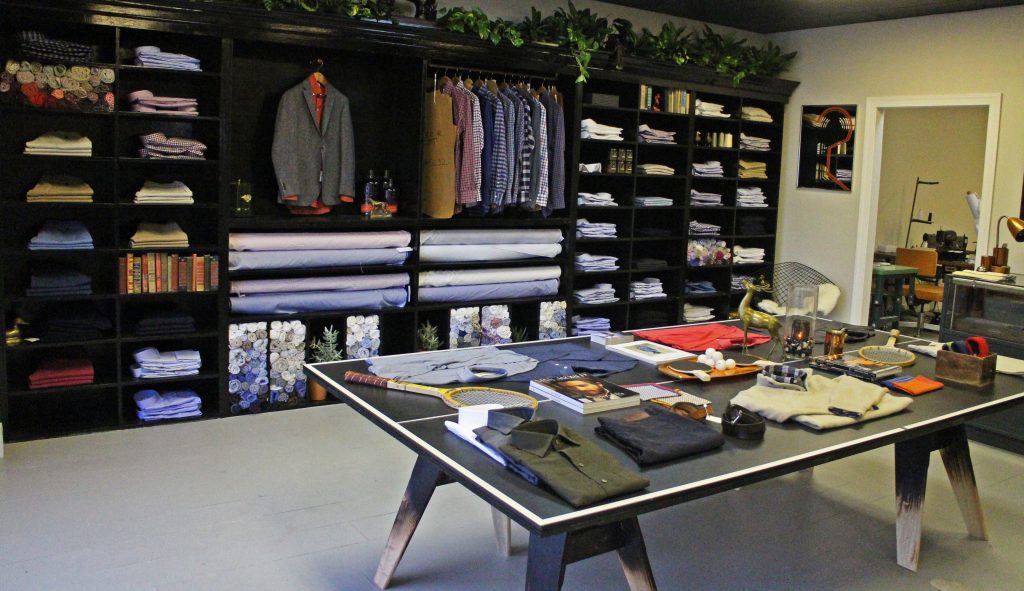 Ledbury has opened up a second storefront after acquiring another company. Photos by Michael Thompson.

After a few alterations, a Shockoe Bottom shirt maker’s new West End retail operation is up and running.

The Ledbury Creery Workshop opened Sept. 12 at 5710 Patterson Ave. The shop is a result of Ledbury’s acquisition of Creery Custom Shirts in July for an undisclosed sum. It gives Ledbury a second Richmond storefront, adding to its headquarters and shop at 117 S. 14th St.

Ledbury CEO Paul Trible said the addition of Creery’s employees lets Ledbury do its own tailoring, whereas before it had hired outside help to do sleeve shortening jobs. Ledbury now has 34 employees.

“Having that manufacturing base there and capability allows us to bring tailoring in-house,” Trible said. “It’s considerable savings for us.”

Ledbury renovated the Creery shop, including redoing the floors and installing dressing rooms and a glass wall that allows customers to watch the shirt makers in action.

Trible said the shop on Patterson Avenue will stay open indefinitely, though at some point Ledbury may try to open a flagship store in Richmond of some kind.