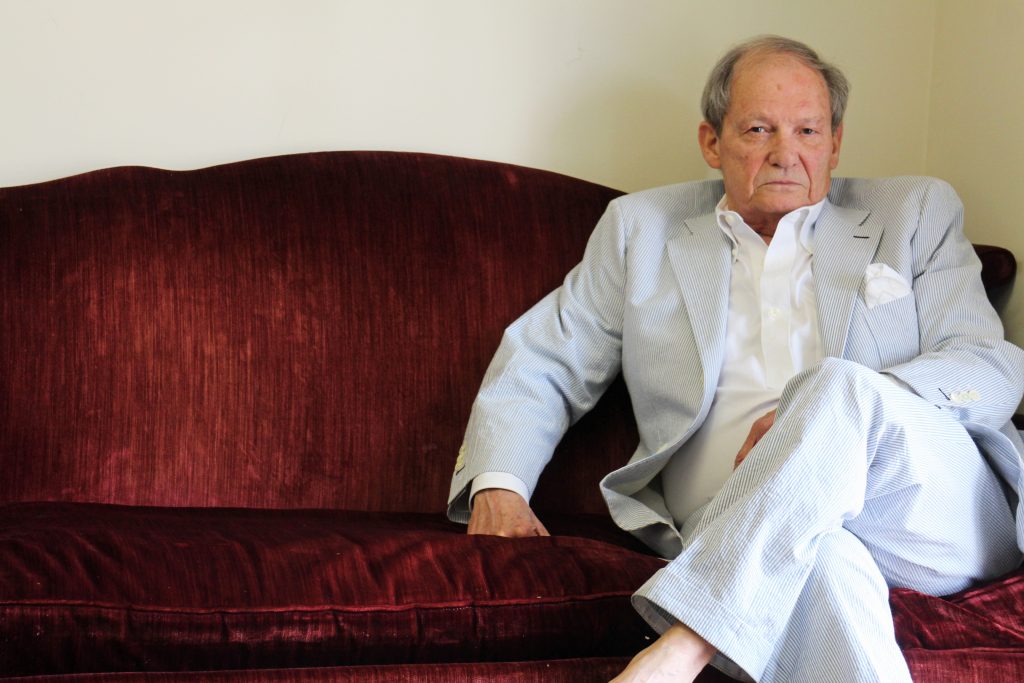 A 6-year-old downtown shirt maker has acquired a vintage counterpart in the West End.

Shockoe Bottom-based Ledbury this month acquired Creery Custom Shirts, a tailor-made men’s shirt company that has operated in Richmond for more than a century.

The deal, the terms of which were not disclosed, adds bespoke shirts to Ledbury’s offerings and gives the fast-growing brand a retail presence in the West End as it takes over Creery’s shop at 5710 Patterson Ave.

“We’ve always been excited about the idea of making clothes ourselves,” Ledbury CEO Paul Trible said.

Unlike the custom shirts Ledbury began selling in April, Creery specializes in shirts that are measured and made in Richmond. Creery’s staff of three is staying on to continue making the shirts, bringing Ledbury’s headcount to 33.

Creery has been making custom shirts in Richmond since 1907. The company has changed ownership several times throughout its history, and it was sold to Ledbury by Jim Joyner, Michael Neely, and Rodger and Janice Claridge.

Joyner, who had been majority owner and got involved in the business eight years ago, said he was looking to sell the company and take on more of an advisory role.

“I just felt like this was by far the best situation,” Joyner said. “I felt like what we’re doing could go to another level.”

In Ledbury, Creery joins a company that has grown rapidly since its launch in 2009. It sold about 40,000 shirts in 2014 and has expanded its offerings over the years to include blazers, belts and other accessories. The company raised more than $4 million in capital from investors in 2014. 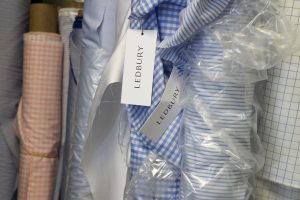 Creery shirts start at $150 and, as Joyner put it, “the sky’s the limit” on prices. Joyner said sales at his shop vary from 10 shirts sold in one week to 40 in another. Ledbury’s prices for bespoke shirts are planned to be released in September. Its custom shirts start at about $190.

The Creery name will be incorporated into Ledbury’s branding of the Patterson Avenue shop. Its conversion will be completed in September. The location gives Ledbury a second store, joining its headquarters and shop at 117 S. 14th St.

Trible said Ledbury will use the West End storefront until its lease is up at the end of the year before deciding whether to hold onto the space.

“We’ll see if it makes sense to have a second location,” Trible said.

Plans are also in the works for establishing a flagship Ledbury location somewhere in Richmond. Trible said it could be in an expanded version of the Shockoe shop or somewhere else.

Hopefully now the person in the photo will be able to afford some socks! That picture is amazing! Scowling man with no socks sits on a red velvet couch.

I think he would be known as a fashionista!

It’s great to see ‘make it’ companies like this it thrive, grow, and expand. Congratulations to all involved! The people and businesses that develop here make me proud to call it my entrepreneurial home. Inspired to learn 40,000/yr of anything for a RVA company sold; much less quality made clothing- a tough industry/market to stand out in.