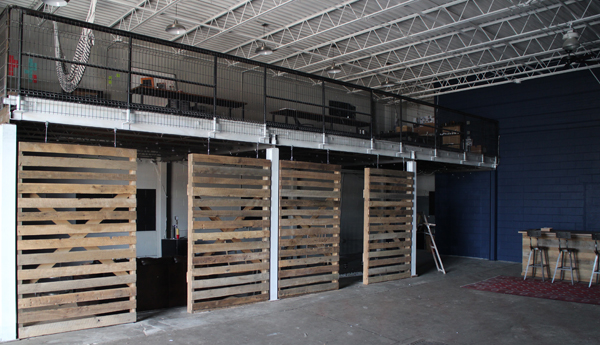 The journey to create a hip workspace at non-Big Apple prices has brought a growth-hungry men’s fashion brand from Manhattan to Scott’s Addition.

Alton Lane, a maker of custom suits, shirts, blazers and trousers, last month relocated its headquarters from a 2,000-square-foot space near Madison Square Park to 6,500 square feet in a former bus depot at 3121 W. Leigh St.

The move puts the six-year-old company in the midst of a rapidly changing industrial neighborhood, where its neighbors include Ardent Craft Ales, Urban Farmhouse Market & Café and other recent arrivals.

“From a qualitative and quantitative standpoint, it’s been one of our best cities,” Peyton Jenkins, an Alton Lane co-founder, said of Richmond. “Scott’s Addition offered the best conjunction of cool factor, access to amenities and restaurants, and price.” 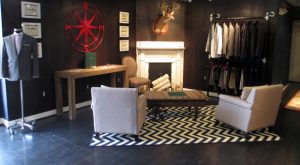 Jenkins and fellow UVA alum Colin Hunter launched Alton Lane in 2009 with a showroom and offices in New York City. Since then, it has opened appointment-only showrooms in Boston, Washington, D.C., Dallas, Chicago and San Francisco, as well as a Libbie/Grove location in Richmond in 2014.

Jenkins said Alton Lane plans to make its Richmond headquarters a workspace that attracts talented employees. To that end, he said the company is spending about $20,000 to install a faux log cabin entrance by Wellborn + Wright, a basketball hoop, hammock, dartboard and coffee bar. Top performing employees will get to choose which local beer goes on tap in the office. Renovations are ongoing.

“We wanted to have the coolest headquarters in the city,” Jenkins said. “Our goal is to hire fun people who are serious about what they do. It doesn’t mean we have to be serious all the time.”

Jenkins said the move to Richmond was in part a savings measure: it will cost the company about one-third of what it would to do business in New York. 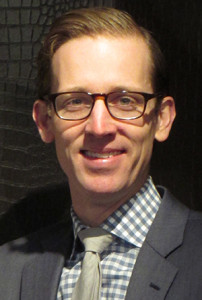 In addition to drawing in workers, Alton Lane is also going after investors. The 32-person company plans to complete a capital raise in July. Jenkins would not say how much the company hopes to get from investors but said the money would go toward helping Alton Lane scale its business. The company raised $745,000 in 2011 and $2.7 million in 2013, he said.

“All of our stores are profitable,” Jenkins said. “We could continue growing at this pace and take a very measured approach, but we would like to have some added fuel to help us grow more quickly.”

Part of that scaling process will include opening three more showrooms by the end of 2015, Jenkins said. It plans to hire 10 more Richmond employees before 2016. And a new line of seasonal off-the-rack shirts and a mobile showroom are in the works. It’s also focusing on online sales, which grew 160 percent in 2014.

“On the whole, men have become educated about relevant fashion,” Jenkins said. “We’re not going back from that, and with more knowledge comes greater expectations.”