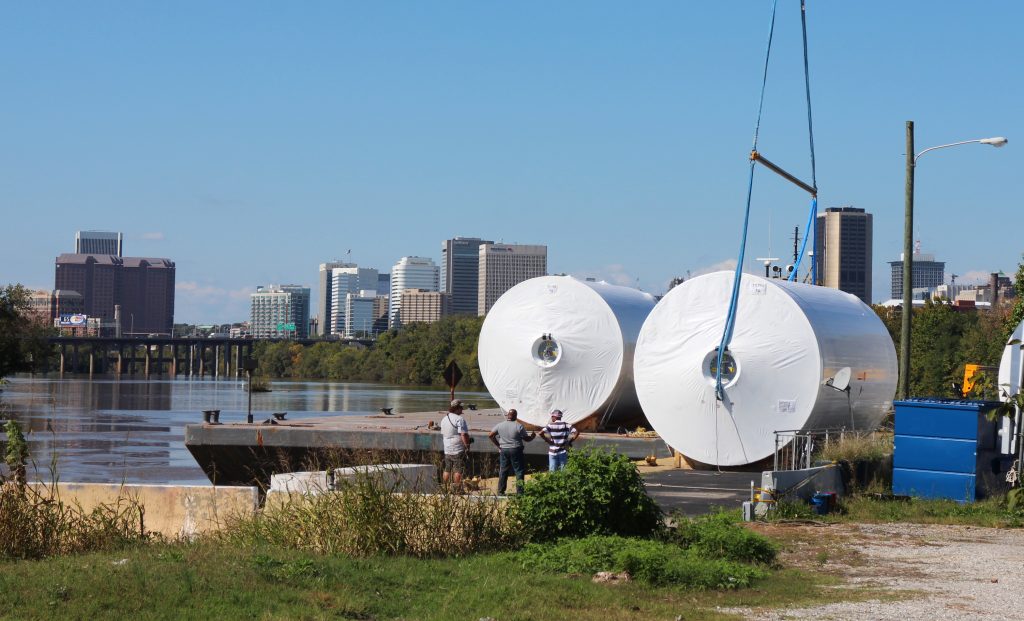 Before there can be bottles and cans, there must be tanks.

California-based Stone Brewing Co. had 20 large tanks delivered and unloaded by barge in Richmond on Wednesday for its forthcoming 200,000-square-foot brewery that’s quickly rising in the Fulton Hill area.

The tanks, which will be used for fermentation and storage, came from German-based Ziemann International.

Work on Stone’s East Coast brewery began in February at Williamsburg Avenue and Nicholson Street, near Rocketts Landing. Operations are scheduled to begin May 2016.

The company also has plans for a nearby Stone Brewing World Bistro & Gardens, but work will not begin on that project for a few years, Stone COO Pat Tiernan said in an email.