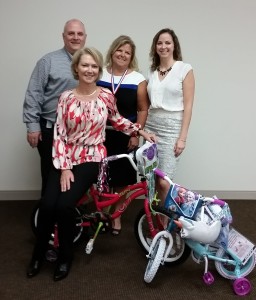 Attendees of the 2015 West Broad Village Summer Concert Series donated children’s bikes to the Virginia Home for Boys and Girls, in tribute to the UCI Road World Cycling Championship.

Virginia Local Initiatives Support Corp. honored the Cameron Foundation, Capital One and the Better Housing Coalition earlier this month for their involvement with the organization.

Dominion Payroll Services’ CEO Dave Gallagher and his wife Grace received the Carol S. Fox Making Kids Count Award from the Voices for Virginia Children for their work to end the stigma of adolescent depression and anxiety with the Cameron K. Gallagher Memorial Foundation.

Bank of America partnered with Richmond Metropolitan Habitat for Humanity to build a home for a local Richmond family and help them achieve homeownership, part of the bank’s second Global Build Week.

The YMCA is operating a fully subsidized afterschool child care program for 40 students at Oak-Grove Bellmeade, one of the lowest-performing schools in Richmond. The program will help children with reading proficiency, swimming and music and will provide a daily hot dinner.

Family Lifeline, a nonprofit organization that provides caregivers of low-income, at-risk children and adults with necessary tools and resources, has created a Family Lifeline Young Professionals group, which consists of individuals between the ages of 23 and 40 dedicated to raising funds and awareness for Family Lifeline.

Richmond’s three health systems, Bon Secours, HCA and VCU Health are donating $15,000 to Bright Beginnings, a new program of the YMCA of Greater Richmond aimed at providing children in need with new clothes and school supplies to start the school year.

The Mott Gallery will provide space for a benefit for the Children’s Hospital of Richmond at VCU called “Guitar Hero for Kids.” It will include the auction of repurposed Guitar Hero instruments, which had been used as canvases by local tattoo artists.

Websmith is celebrating its one-year anniversary on West Broad Street, and will host an art walk with international photographer Derrel Todd.

Seven Virginia architects will be honored by the American Institutes of Architects Virginia for their work in the local community the Visions for Architecture gala in November.

The Davey Tree Expert Co. was named the 15th largest employee-owned company in the U.S. by the National Center for Employee Ownership. 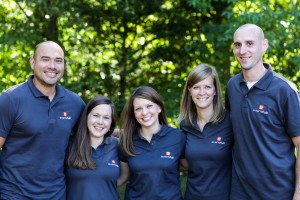 E2 Event Management has changed its name to Eventfull. The company is a full-service event management company based in Richmond, which does corporate and nonprofit events.

HHHunt ranked 61st on the Dave Thomas Foundation for Adoptions’ 2015 Best Adoption-Friendly Workplaces List, a compilation of the 100 best adoption-friendly workplaces in the country.

Impact Makers was recognized by the Initiative for Competitive Inner City and Fortune magazine as the eighth fastest-growing inner city company in the U.S.

Commercial Lightning Protection received certification as a woman-owned business enterprise through the National Women Business Owners Corp. CLP specializes in the design and installation of lightning protection and grounding systems along the East Coast.

Tazza Kitchen has opened its new location on the Southside at Alverser Plaza for Sunday brunch and just announced its new fall menu. The restaurant has also partnered with Lickinghole Creek to release the brewery’s new seasonal pumpkin ales.

The Chester Kroger Marketplace will open Wednesday at 8 a.m., bringing the brand’s fourth location to the Richmond region. 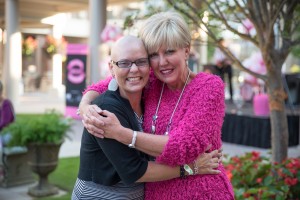 Attendees at the Pink for a Purpose event. Photo courtesy of Alan Boyle.

The Richmond Ambulance Authority won the National Association of Emergency Medical Technicians’ and EMS World’s 2015 Dick Ferneau Career EMS Agency of the Year award. The honor is awarded to one EMS agency each year.

Bon Secours Cancer Institute and Short Pump Town Center held a Pink for Purpose event earlier this month meant to educate and raise awareness for those impacted by breast cancer.

CBRE|Richmond’s quarterly market outlook report shows that Richmond’s office market remained healthy, with a vacancy rate of 12.4 percent, in the fourth quarter. The uptick in vacancy was largely due to the completion of Gateway Plaza, leaving over 200,000 square feet of vacant space at One James Center, when McGuireWoods and CCA Industries relocated to the new tower.

CBRE’s retail report indicates that the market has been dominated by the burgeoning grocery and fitness sectors in the fourth quarter of 2015. On the industrial side, demand for warehouse product rebounded in the second half of the fourth quarter.

James T. Napier, president of Napier Realtors, has been inducted into the Richmond Association of Realtor’s Virginia Realtor Hall of Fame. 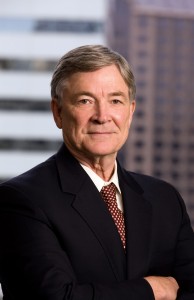 Michael W. Smith, with Christian & Barton, was installed as the 66th president of the American College of Trial Lawyers.

The United States Department of Agriculture Rural Development announced a $200,000 grant for the Virginia Foundation of Innovation and Rural Sustainability, based in Richmond. The funds will be used to help rural Virginia cooperatives with feasibility studies, strategic planning, leadership and operations training and business plan development.