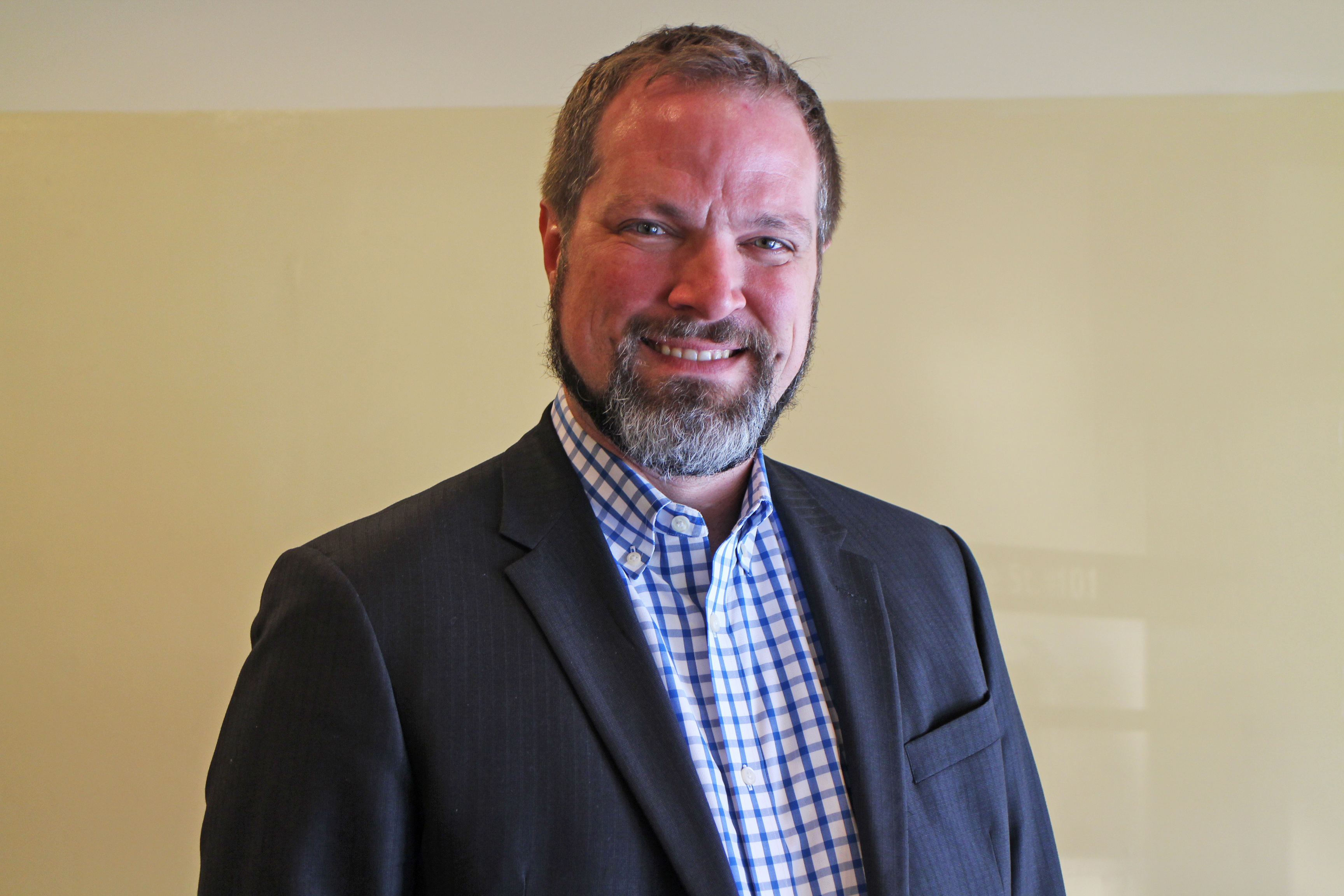 Nathan Hughes has started his own downtown company. Photo by Michael Thompson.

A veteran local commercial real estate and business broker has launched a firm of his own.

Hughes had been with Bandazian since 2005. He said he saw striking out on his own as a good next step for his career.

“I’ve been brewing on this for a while,” Hughes said.

His new firm will look to specialize in doing deals for restaurants and churches, including both real estate deals and sales of the organizations themselves.

Brokers at Sperity will work on salary, as opposed to working strictly for commissions, Hughes said.

“For the most part everyone is out to eat what they kill,” Hughes said of the industry. “I wanted more of a team environment. I don’t want to do just another real estate firm.”

Hughes said he’s financing the launch of Sperity himself, but wouldn’t say how much is being spent on the effort. His sister-in-law, who does branding work in California, helped him come up with the name, which is a portmanteau of inspire, prosperity and integrity.

Hughes said he has $20 million worth of deals in the pipeline. Notable deals Hughes has been involved with in the past include the sale of Perly’s downtown and the purchasing of GWARbar in Jackson Ward.

In light of losing one of its namesakes, Bandazian & Hughes will be known going forward as Bandazian & Co., Hughes said.

Nathan is a good man and I wish him luck. His concept of salaried rather than commissioned agents is an interesting one that is being explored nationally by some larger houses. It may be the future for boutique firms at the very least.

Thank you, Bruce. It will be an interesting shake up in the industry if that happens. That’s a lot of inertia that would need to change direction, especially considering the money involved on all ends. Nothing helps change like seeing other firms getting it done, though!

Nathan gets Richmond, and as a negotiator, has the patience and clarity of a saint. I found him to be an indispensable partner in the transition of commercial space in Church Hill. Tho he is changing firms, I will continue to seek his council in the future.

Thank you for the kind words, Elaine. I appreciate your constant vigilance in keeping Church Hill and Union Hill moving in the right direction! You’ve always been a pleasure to work with.

Congratulations, Nathan! We look forward to continued cooperation with your new firm as we’ve enjoyed in the past in the areas of restaurant brokerage and commercial sales.