A longtime downtown restaurant that closed in September is being resurrected.

The Perly’s space at 111 E. Grace St. was acquired last week by a local developer who has a tenant lined up to get the eatery going again.

“It’s going to be a freshened-up version of Perly’s,” said Scott Coleman, who runs Crossroads Development. The company paid $350,000 for the 2,800-square-foot restaurant in a deal that closed Feb. 21, according to city records. 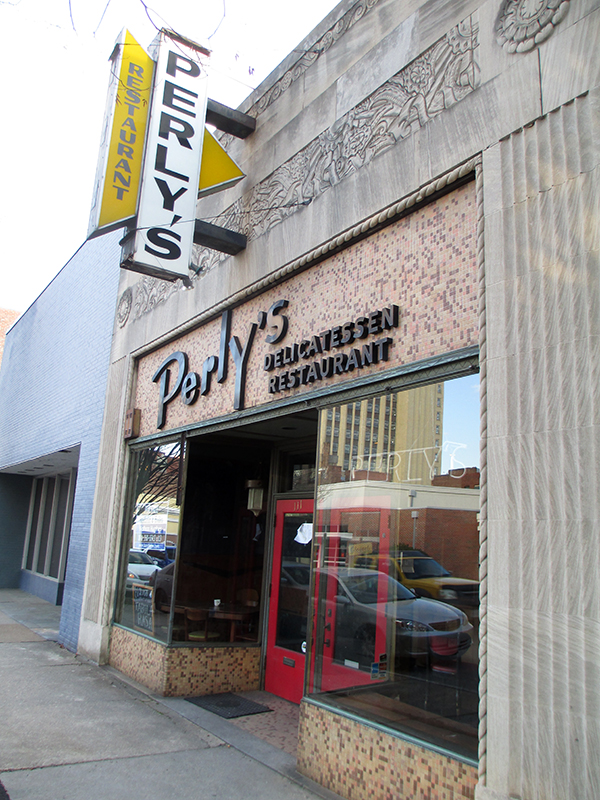 Perly’s is set to reopen under new ownership at at 111 E. Grace St. (Photo by Michael Thompson)

Coleman would not say who is taking over the Perly’s space, but he did say the tenant signed a 10-year lease for the space and is keeping the Perly’s name.

Through different LLCs, Crossroads Development owns property all over town, including the Lamplighter Coffee Roasting Co., storefronts in Scott’s Addition and the Fan, the Ardent Craft Ales brewery underway at 3200 W. Leigh St., and the Richmond Cycling Corps space at 1717 Summit Ave.

Coleman said he has a few other deals in works, too.

“Restaurants that are closing are what I’m targeting,” Coleman said. “It’s much easier to put a tenant in a restaurant that already has equipment.”

With Perly’s, Coleman and the new operator get a well-known downtown breakfast and lunch spot that was in business for more than 50 years. That was until its most recent owner, Gray Wyatt, posted a sign on the restaurant’s door in September announcing its closure.

“There was a lot of activity,” Hughes said, adding that major players in the local restaurant scene looked at the space. “Being able to purchase the building and the restaurant is pretty rare.”

Activity is picking up downtown, inspired in part by the pending redevelopment of the Central National Bank building into 200 apartments.

For example, a coffee and record shop is slated to open on East Grace Street. Further south, Slideways Bistro is getting ready to open at 317 N. Second St. And restaurateur Michael Ng is working on opening Ándale at 325 N. Second St.

“With everything coming together and with the apartments coming in, it’s only a matter of time before this area is hot again,” Hughes said.

Hey, what about that record and coffee shop? The little sign in the window offers no information on a grand opening. Soon?