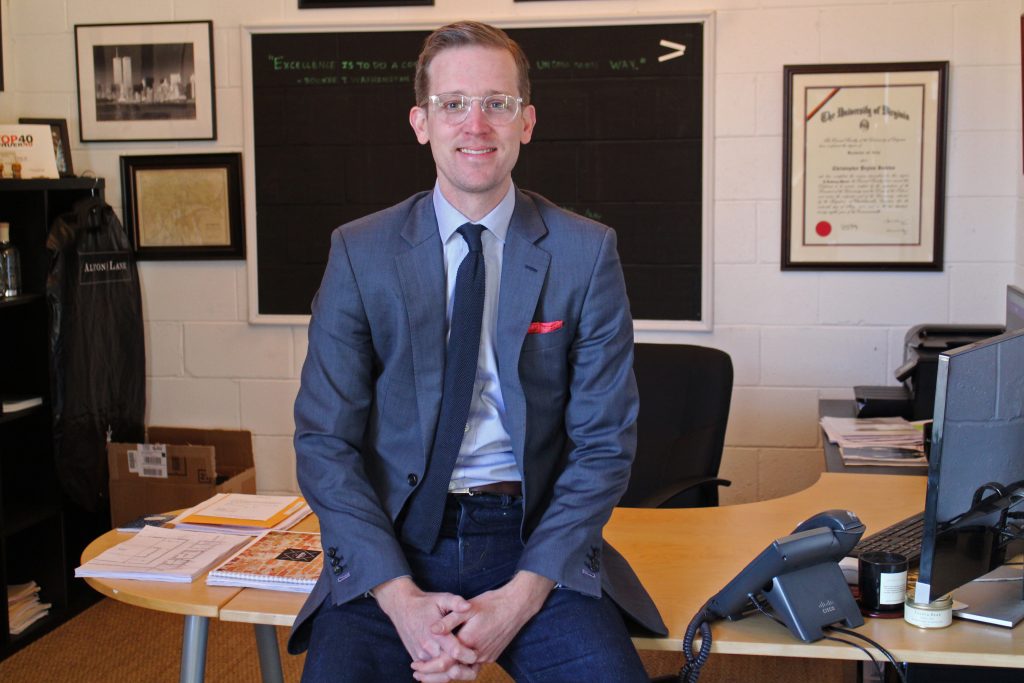 A local men’s clothing company has added some extra green to its outfit.

Alton Lane, which sells custom suits, shirts, blazers and trousers, completed a $7.5 million capital raise last month in its biggest fundraising effort to date since its founding six years ago.

Company CFO Peyton Jenkins said Alton Lane will use the money to open more showrooms along the East Coast, invest in marketing and improve its website.

In addition to its Scott’s Addition headquarters at 3121 W. Leigh St., Alton Lane has seven stores open, including one near Libbie-Grove, and a mobile shop. The company relocated to Richmond from New York City earlier this year and now has about 30 employees.

“One of the best story lines of Alton Line in 2015 has been the growth and profits of the Richmond store,” Jenkins said. “Our goal will be to be able to double our footprint as quickly as possible.”

This was the company’s third round of fundraising since launching in 2009 and was led by investors Cumberland Private Equity from Charlottesville and Scabal, a Belgium fine fabrics maker. Jenkins said Alton Lane was looking for investors with whom the company could grow in the long-term.

“One of our big focuses for this round was not only bringing on capital but bringing together a team that had a track record and could also be a partner,” Jenkins said.

In eyeing an improved Web presence, Jenkins said the company’s online sales make up about 20 percent of the business, and Alton Lane hopes to double that in 2016. The company hopes a website that mirrors the showroom experience will help.

“By nature it isn’t always easy purchasing custom (clothing) online,” Jenkins said. “We want to make it as easy as possible.”

It’s also looking to implement a marketing budget – a first for the company – and recently hired a director of marketing and is looking at ways of creating incentives for its customers.

“Unlike a Warby Parker or an Uber that can scale overnight, we’re building a custom garment,” Jenkins said. “Our value as a business is largely in the value we can create in the lifetime of a customer.”

I have an Alton Lane suit from the Libbie store. Made with English fabric, it is a fantastic suit–the best I have. I have received loads of compliments when I wear it. I would highly recommend Alton Lane–the purchase experience is great and the results are stellar. Treat yourself to a suit that actually fits and will last a lifetime.