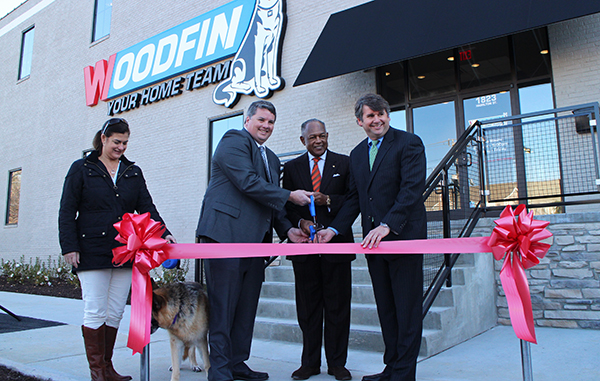 A longtime local heating fuel and HVAC company is warming up to its new headquarters near Scott’s Addition.

Woodfin relocated its offices last month from a Mechanicsville space to a refurbished 18,000-square-foot property at 1823 N. Hamilton St. The company celebrated the move Dec. 8 with a ribbon cutting ceremony attended by Mayor Dwight Jones.

Launched in the 1970s, Woodfin does an array of residential maintenance and repair services for things like heating and cooling, plumbing, electrical work, and home security in the Richmond region.

The company’s new office is bigger than its old one in Mechanicsville and brings Woodfin into the heart of its customer base, Woodfin President Justin Andress said. He said the expansion was funded with company money and tax incentives from the city because of the property’s location in an enterprise zone.

Andress would not say how much the move cost. Woodfin purchased the property through Arlington Road LLC in June for $1.75 million, according to city records.

Andress said Century Construction did the build out for Woodfin, and Perretz & Young was the architect.

The mayor noted in his remarks at last week’s event that Woodfin’s arrival is part of “the resurgence” of the Scott’s Addition area.

“This hot area of the city welcomes this hot business,” Jones said.