Free Agents Marketing developed a new website for Mutual Assurance Society of Virginia, a property insurance company. The website is designed as a functional reference tool for customers and to provide a welcoming and dynamic user experience. 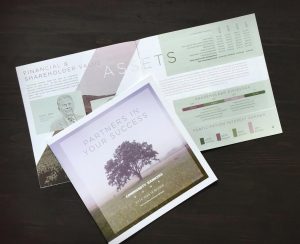 Think804 was hired by MBM Marketing for a rebranding of CultureWorks, a local nonprofit that provides service and leadership for arts and culture in the region. The firm was also hired by MBM to redesign the logo and website for Community Bankers Bank and was hired again to design the bank’s annual report.

Charles Ryan Associates has been hired by The Lost Colony, an outdoor theater in North Carolina, to manage marketing and social media strategy for its 2016 season. The town of Culpeper has hired CRA to redesign and relaunch its website, with a projected launch date of March 2016.

CRA has redesigned the Help Eliminate Auto Theft website. CRA was selected earlier this year by the Virginia State Police as its agency partner to manage communications and marketing for HEAT and another initiative, the Insurance Fraud Program.

Neathawk Dubuque & Packett created an online game as its holiday card for clients this year. The game features videos of ND&P staff receiving pies to their faces when questions are answered correctly. Each play prompts a donation by ND&P to FeedAmerica.

AdWeek named The Martin Agency’s “Family: Unskippable” pre-roll for Geico as the best ad campaign of 2015.

Several VCU Brandcenter alums had a hand in other ads that made the AdWeek top 10 list. They include 2005 alums Ray Del Savio and Jerry Hoak of Droga5, which produced the No. 10 spot, “Friends Furever” for Android; Brandon Thornton (2009) and Derek Szynal (2008) of Wieden + Kennedy for Nike’s “Short a Guy” (No. 9); and 2011 alums Sam Dolphin and Michael Hagos of Goodby Silverstein & Partners for Comcast’s “Emily’s Oz” (No. 3).

The Brandcenter kicked off its 20th anniversary celebration with the announcement of new scholarships totaling $50,000. The VCU Brandcenter Excellence Scholarship will award one $10,000 scholarship for the 2016-17 school year to an applicant in each of its five tracks: art direction, copywriting, creative brand management, experience design and strategy.

The Richmond Association of Realtors is releasing a series of posters for its latest “We Are the R” marketing campaign. The posters, featuring Richmond landmarks and events, are being designed by Punch.

The Richmond Ad Club welcomed two new members to its board and design team: Nate Blackburn, art director at Capital One, and Dylan Halpern, a graphic designer at ADO. The club also hosted its holiday happy hour at 7 Hills Brewing Company on Dec. 21.