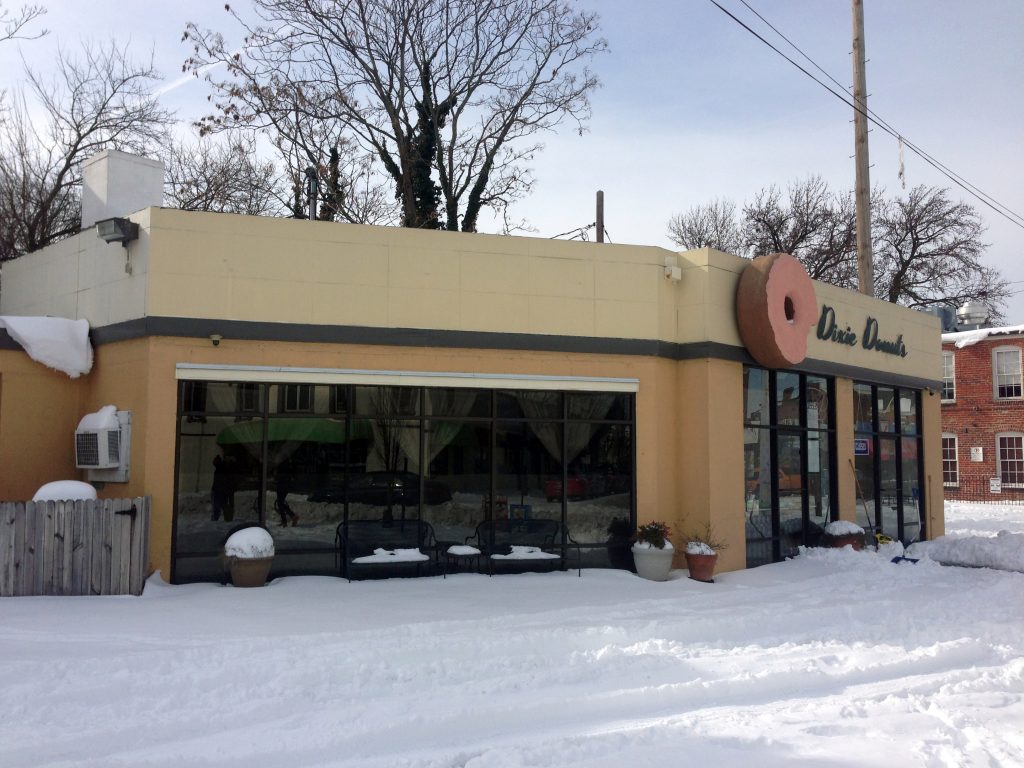 The Dixie Donuts across the street from the Byrd Theatre will close down next month. Photo by Michael Thompson.

Dixie Donuts at 2901 W. Cary St. will have its last day of business on Feb. 14, according to owner Betsy Thomas. She said the location wasn’t doing enough sales to continue operating.

“Carytown has been great,” she said. “The sales are just not what they need to be.”

Thomas, along with co-owner J. Frank, opened Dixie Donuts in 2012. The pair expanded their operation in January 2014 in a merger with Daylight Donuts that added a Dixie Donuts-branded location at 10260 W. Broad St. It closed later that year.

Dixie’s Carytown operation was hindered by its reliance just on donuts, Thomas said.

“Having just one item is limiting,” she said.

Thomas, who also owns Cafe Ole downtown on North Sixth Street, said she now plans to focus on that venture. She said Frank will continue working as a personal chef for a local family. Their plans to close Dixie Donuts were first reported by Style Weekly.

The future of Dixie’s Cary Street storefront is still up in the air. Broker Austin Joy of Spotts and Carneal has the listing for the 1,400-square-foot property, according to LoopNet.com. He could not be reached for comment. The property is owned by J. Harry and Fiona P. Ellen, according to a city record.

Thomas said she previously used the space as a Cafe Ole, and it was a laundry business before that.

Richmonders still have options when it comes to buying donuts. A couple from North Carolina has plans to open at least five new Dunkin’ Donuts in Richmond. Duck Donuts and Country Style Donuts have each added locations in the area over the last year.