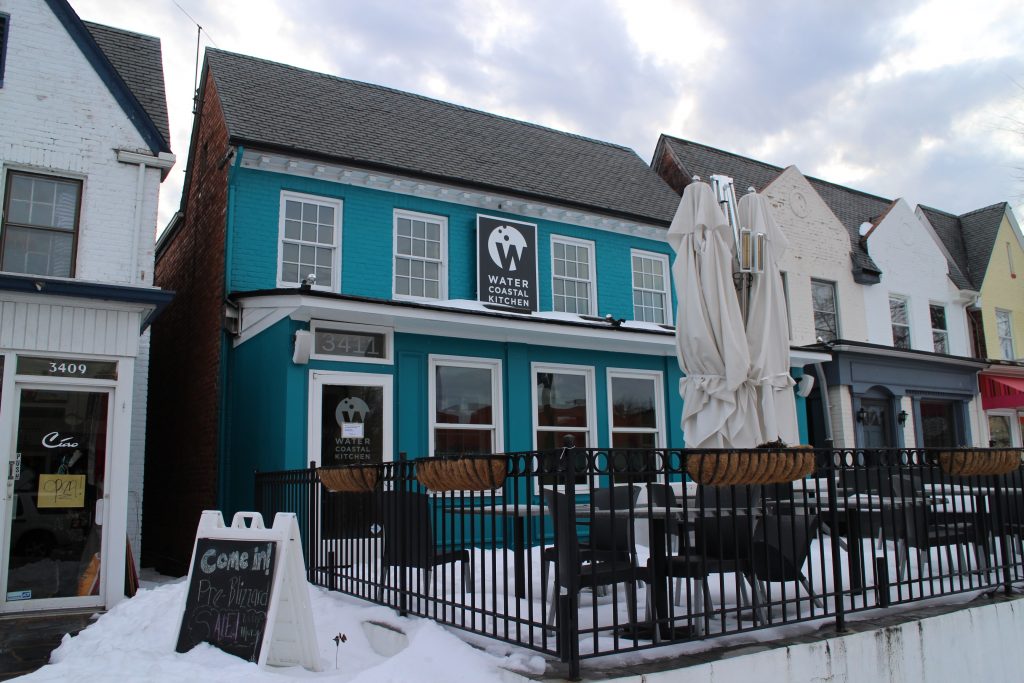 Water Coastal Kitchen will be converted into a new seafood restaurant. Photo by Michael Thompson.

One of Richmond’s most active restaurant companies is rebranding a Carytown eatery and eyeing another West End expansion.

Michelle Williams, who owns Richmond Restaurant Group with Jared Golden, said the decision to rebrand has long been in the works. Their plans were first reported by Richmond.com.

The Carytown eatery opened seven years ago as Water Grill, but a West Coast venture with a similar name took issue with the moniker being used in Richmond. Williams said having to reluctantly rebrand the Carytown restaurant made RRG hesitant to invest in upgrading the space.

“It just ended up that we had to change our name,” Williams said. “We didn’t feel too great about putting up a ton of money (into renovations.)”

Williams said the improvements for East Coast Provisions will include new kitchen equipment, floors, furniture and facade. First Capital Bank, now part of Park Sterling Bank, is financing the improvements. Williams would not say how much is being spent on renovations.

Helen Reed of H.L. Reed Design is the doing the interior design work for East Coast Provisions, and Dominion Construction Partners is the contractor.

RRG also has a new lease in the works for the Cary Street property.

Carytown isn’t the only neighborhood where RRG has been making a splash. The company has another Daily location planned to open later this year in the forthcoming GreenGate development west of Short Pump Town Center.

And Williams said a restaurant called West Coast Provisions is about a year away from opening elsewhere in the West End, though a location has not been finalized.

“We are very close,” she said.