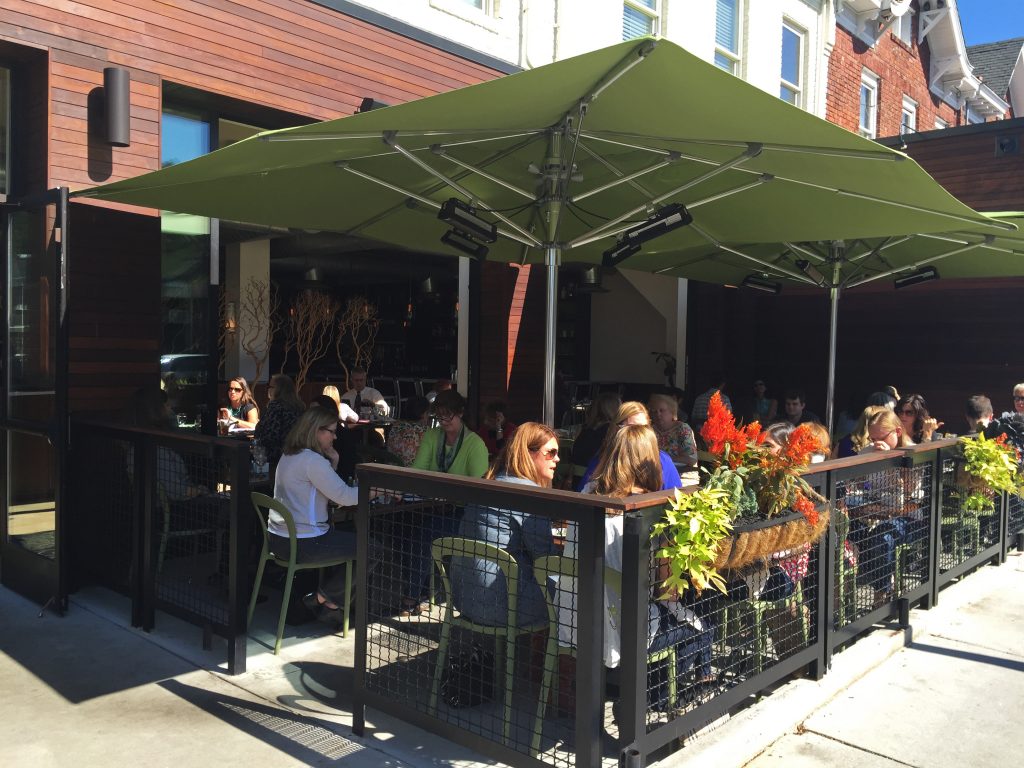 The Daily will replicate its Carytown concept in a new Short Pump development. Photos by Katie Demeria.

A Richmond restaurant group is taking one of its Carytown concepts to Short Pump.

The Daily has signed a 10-year lease for a 6,000-square-foot space to be built on the corner of West Broad Street and the future road entering the development, Hayden Park Lane. It’s planned to open by the fall 2016.

A year in the making, the deal gives GreenGate’s developers another piece in their bid to replicate a Carytown feel within the 75-acre development. It also ends a nearly decade-long search by RRG owners Michelle Williams and Jared Golden for a western location within their restaurant portfolio.

“We’ve wanted to do something in the West End for a really long time, and it seemed like the Daily was the most obvious choice,” Golden said.

The Daily has grown to have the highest sales within the group since its opening in July 2013 at 2934 W. Cary St., Golden said. RRG also owns Pearl Raw Bar, the Hard Shell, the Hill Cafe and Water Coast Kitchen.

“(The Daily) has exceeded our expectations,” Williams said.

The new Daily location will be similar to the original. 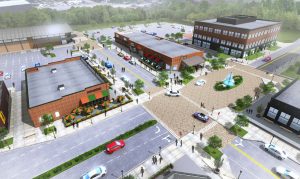 GreenGate will add a new group of retail and office buildings. Image courtesy of Markel|Eagle.

“We’re going to try to keep the brand recognition and a lot of the similar design qualities,” he said. “You’ll walk in and still have the same type of feel, a lot of open-air windows, patios, with similar materials and design on the interior layout.”

The menus will also be similar with plenty of options for vegans, vegetarians and gluten-free eaters.

“Vegan, vegetarian or gluten-free options are in huge demand right now, and there aren’t a ton of places that are able to accommodate all those different dietary restrictions,” Williams said. “For us it’s easy. We’re set up to do it that way.”

GreenGate is slated to include 180,000 square feet of retail and office space, 200 single-family homes and about 50 townhomes, plus green space for residents. Lidl has signed on as the project’s grocery anchor with plans for a 36,000-square-foot store.

“What is at the heart of what we’ve aspired to do all along is create a sense of place, a real community,” said J.B. Gurley, a principal with Markel | Eagle. “You literally can do everything that you want, or that you need to do, in your daily life (at GreenGate), and never have to leave.”

Gurley said work should begin on GreenGate’s retail portion, dubbed the Row at GreenGate, by the end of this year, delivering the first few buildings by the summer of 2016. Tenants should begin to open by the fall of next year.

He said the company has been in discussions with Williams and Golden for about a year.

Williams and Golden said they have yet to work out a budget for the costs of the expansion but said they are financing with Del Ward of First Capital Bank, whom they have worked with since starting their first restaurant.

They were represented in the deal by broker Jim McVey of Commonwealth Commercial Properties, who also sold them the Daily building in Carytown.

Thank you Jared and Michelle for bringing The Daily with your awesome food and drink to Short Pump! My family LOVES your restaurant and can’t wait to frequent both! Having it close to us is just twice as good! Cheers!

This is wonderful news! The Daily is such a great restaurant. So pleased to know it is expanding west!