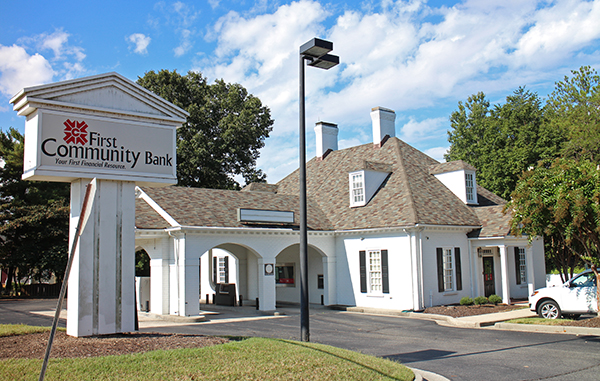 The former First Community Bank location at 900 N. Parham Road is under contract to be sold to Petersburg-based Virginia Commonwealth Bank.

VCB will use the 3,000-square-foot building as a replacement for its nearby branch at 405 N. Ridge Road in the Tuckahoe Shopping Center, where the bank has been for decades.

VCB chief executive Frank Scott said the bank was looking for more exposure from a standalone branch, rather than the in-line storefront.

“We’re in that neighborhood; we’ve been there for over 20 years at the end of the shopping center,” Scott said. “We’ve developed a little following and great customers even though we haven’t had a drive-thru or drive-up ATM.

The North Parham branch came on the market last year, when Bluefield-based First Community Bank closed two locations as part of a shift in focus to more commercial banking.

“I was excited to hear when this branch came up,” he said.

Scott said the sale of the property is contingent upon the bank receiving regulatory approval to open the new branch – a process that is typically a formality. Scott wouldn’t say how much the bank will pay for the building. The bank has already filed for permission from its state and federal regulators.

Scott said the bank has hired PW Campbell as contractor to draw up plans for the new Parham branch and to potentially look at redesigning some of its other outposts. It will use the Parham office as a testing ground of sorts for a new floorplan that does away with traditional teller lines. It’s a layout that more and more banks have been toying with in recent years.

The bank had about $29 million in deposits in its West End branch as of June 30, 2015 – the most recent figures from the FDIC. Scott said the accessibility and location of the new office, which has two drive-up lanes and a drive-up ATM, will give VCB the opportunity to go after more commercial banking business.

VCB was founded in 1936 as First Federal Savings and Loan of Petersburg. After various iterations, it became Virginia Commonwealth Bank in 2008. It currently has about $300 million in assets and seven branches.

It has continued to be a closely held, family-run bank through the decades. Scott’s grandfather was one of the founding members of the bank, and his father was CEO for 50 years. Scott joined the bank 16 years ago and took the helm four years ago.

Scott said VCB will continue to have its eye out for other branch opportunities.

“We’re always looking, always have our eyes open,” he said. “We have plenty of capital and are looking to make sure we prudently expend it.”