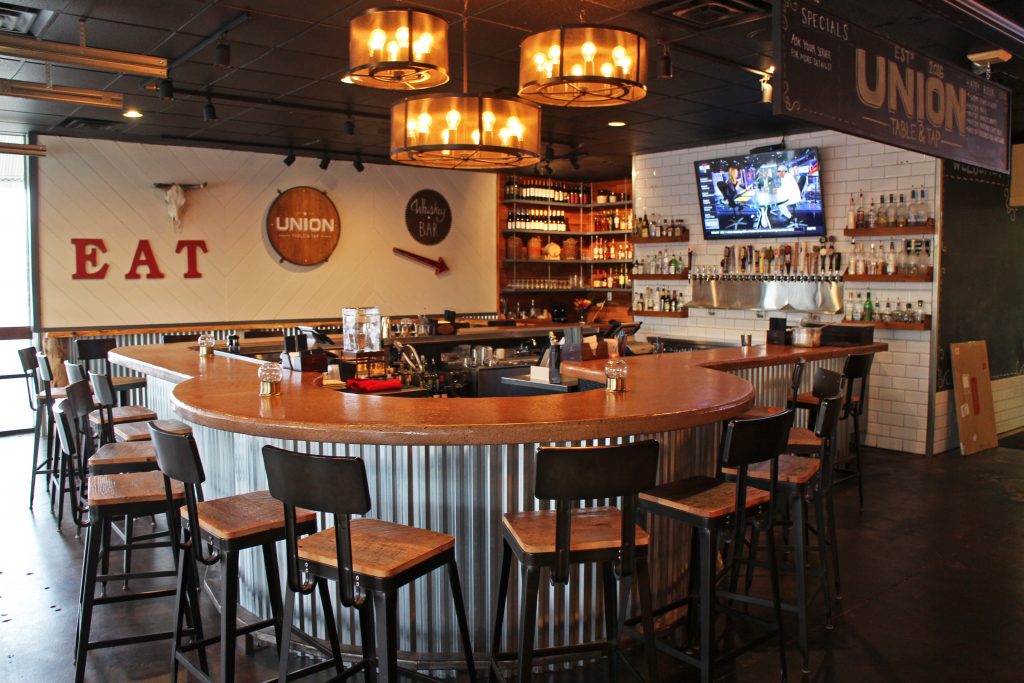 The 4,200-square-foot space was formerly home to Taylor’s Urban Tavern, a restaurant he opened in 2014 and closed after about 14 months in business.

“(Urban Tavern) was not exactly fitting for the community we serve around there,” Taylor said. “For the most part it wasn’t as inviting for the whole family.”

With Union Table and Tap, he said, “(We) built what I would call a more appropriate menu.” 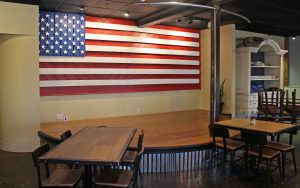 The new menu includes sandwiches and burgers from $9-$15.. Other changes to the space included new walls, a stage for live music, and a 16-foot American flag made of wood. The back of Union Table’s staff T-shirt says “United We Eat.”

Taylor wouldn’t say how much it cost to open Union Table and Tap. He said he financed it himself.

“It was more than a coat of paint,” he said.

He still hopes to bring back the Urban Tavern brand but has yet to find the right location. That would add to his three Home Team Grill locations in the West End, the Fan and Fredericksburg.

“I haven’t found the deal or site I’m looking for, but I’m still looking,” he said. “As we start to stabilize what we’re doing here that will free up my time.”

News of Union Table and Tap’s opening was first reported by Richmond Magazine.

The restaurant’s neighbors in Gleneagles Shopping Center include Ciao Capri restaurant and a Crunch gym.