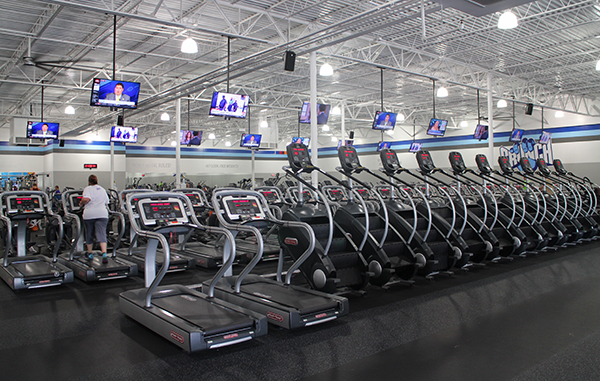 Crunch’s first Richmond location transformed part of the former Kmart on Glenside into its massive gym.

A recent arrival to the Richmond gym market is in expansion mode once again.

A Crunch Fitness franchise is planned to open in December at 10426 Ridgefield Parkway in Gleneagles Shopping Center. Owner John Freeland has a 10-year lease on the 23,287-square-foot space and said he also has a Fan location in the works.

The Ridgefield storefront will be the third Crunch gym Freeland has launched locally since entering the market at 5420 Glenside Drive in March and 5750 Brook Road in April.

Freeland would not say how many members those locations have accumulated but said the numbers are encouraging.

“The success of (the Glenside Drive) location is one of the things that gave me the confidence to excel my plans in Richmond,” Freeland said. “The West End is ripe for this kind of thing.” 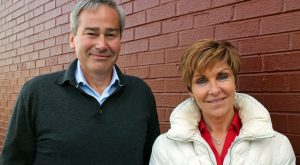 John Freeland introduced the Crunch brand to Richmond with Carrie Grow as a general manager. Photos by Michael Thompson.

Freeland said the Gleneagles Shopping Center is an ideal location because it’s further out in the West End than his other locations but doesn’t have the same traffic that Short Pump has.

“We’re right next to Glory Days, a very prominent sports bar,” Freeland said. “It’s a great location because you don’t have to fight the Short Pump traffic and there’s a huge amount of parking.”

Freeland, who also owns a stake in a reclaimed wood manufacturing company in Scott’s Addition, said it will cost between $1.5 million and $2 million to open the new Crunch. He is paying for it in cash, as he did with his other locations. The architect for the space is David J. Smith of Freeman Morgan Architects, and Eagle Construction is doing the work.

The Ridgefield Crunch gym will be similar to the Glenside location with a mass of cycling stations, workout machines, free weights and an array of group exercise classes. A basic membership costs $10 a month and other packages run up to $30 a month. The gym doesn’t do long-term contracts.

Crunch will be in competition with brands like Gold’s Gym, ACAC, YMCA, along with a bevy of niche fitness businesses that focus on stationary cycling, CrossFit, ballet barre and golf. But Freeland remains confident in Crunch’s product and pricing. 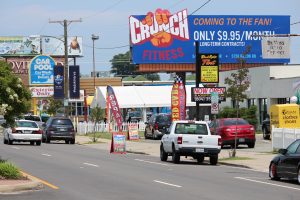 “You have these low-cost gyms that are akin to fast food,” Freeland said. “We’re not fast food. We’re upscale casual.”

And Freeland is keen to expand his brand.

He put up a Crunch billboard on Boulevard advertising the gym’s pending arrival to a so far unannounced location in the Fan. It’s anybody’s guess where exactly that next location will be, and Freeland wants to give people a chance to make their predictions on Crunch’s Facebook page.

“We’ve decided to create a contest for anyone, a member or not, to guess the location of our next facility, which will be in the greater Fan area,” Freeland said. “There will be prizes for people who come the closest.”