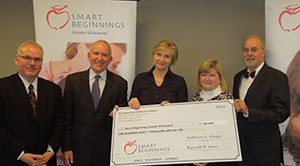 The YMCA has launched a new nationwide multimedia marketing campaign, entitled For a Better Us, designed to educate consumers on the Y’s work. This is the first time in the organization’s history that it has done a nationwide campaign.

The Richmond Metropolitan Habitat for Humanity and Bank of America welcomed their first homeowner of 2016, Fredrica “Penny” Wright and her two daughters, into her new home.

The Greater Richmond Partnership has raised more than $1.1 million in private sector fundraising to pay for company recruitment, regional marketing and business retention. The partnership was also recently listed among the “American Leading EDC’s” by Global Trade magazine.

On Thursday the Richmond SPCA will host a grand opening for its new Susan M. Markel Veterinary Hospital, which opened Jan. 28. 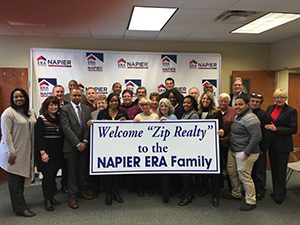 Chesterfield County’s Hallsley community was awarded the Best Community Spirit “Silver” Award and a Judges’ Special Award from the National Association of Home Builders for its Massey Street of Hope program. The program raised $1 million for the VCU Massey Cancer Center.

Lancaster Custom Builder has partnered with Homes of Distinction and Channel 8 to have its newly-built home available for tour to benefit Noah’s Children, a pediatric palliative care and hospice program. 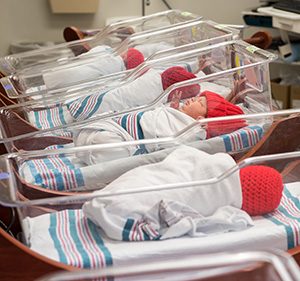 The Virginia Dental Association Foundation recently received a $10,000 grant from DentaQuest to support its Mission of Mercy program. Mission of Mercy is a mobile dental project targeting underserved areas of the state.

Commonwealth Assisted Living in Chesterfield held a virtual dementia training program, which simulates the most common side effects of dementia, giving participants a first-hand feel for what it feels like to have the disease.

In early February, local restaurateur Tuffy Stone travelled to Sydney, Australia to teach his Cool Smoke BBQ class and host a demo and meet and greet at Sydney’s food and music festival, Meatstock.

Tuffy Stone’s Q Barbecue is launching a new giving campaign in March, Crafts for a Cause, during which one dollar of every local craft beer sold at any Q Barbecue location will be donated to Comfort Zone Camp, a nonprofit aimed at rehabilitating the lives of children who have experienced the death of a parent, sibling or primary caregiver.

Virginia Business Systems was named one of the country’s Elite Dealers for 2015 by ENX Magazine. The annual award is presented to the top office equipment dealers in the U.S.

Snagajob recently completed a $100 million investment raise with NewSpring Capital and the Invus Group. Those funds will be used to expand product offerings and fund acquisitions. The business has also launched a partnership with LinkedIn that will be centered on joint research into workforce and career trends.