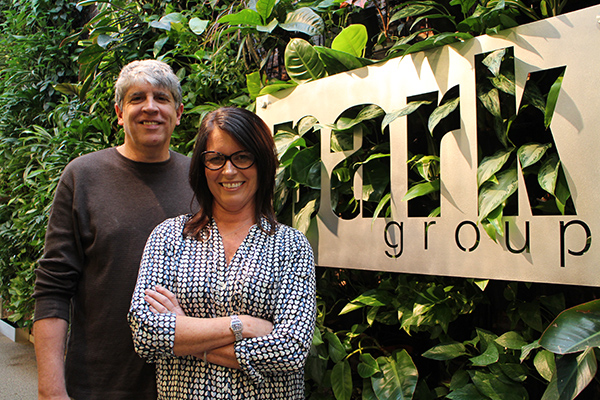 Trownsell and Murphy-Johnson have worked together for 17 years. Photos by Jonathan Spiers.

After buying out partners and achieving majority control of the company he founded, the head of a local production studio has brought a longtime producer into the ownership mix.

Dave Trownsell, CEO of video production studio Park Group, has made executive producer Stacy Murphy-Johnson a minority partner in the company and promoted her from the role of vice president to president.

The move comes after Trownsell acquired majority ownership in the company in 2015 by buying out three of his previous four partners. The remaining partner, Eric Heiberg, stayed on as a minority shareholder and has been named vice president.

Trownsell said the ownership change is in part a reward to Murphy-Johnson for her 17 years, and counting, with the company.

“She’s such a key employee here and has really helped grow the company to where it’s at right now,” Trownsell said. “It made sense for her to have an equity stake in the company.” 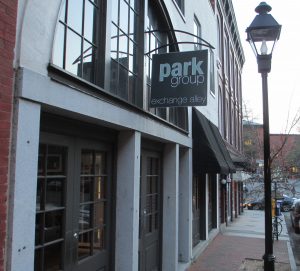 “There was no animosity,” Trownsell said. “It was just at a point where they weren’t here full-time, they had other careers, and they knew this was the only think I worked at. They thought it would be, at this point in time, a good idea to exit and allow me to buy the stock back and take it in the direction I want to take it in.”

That direction will now include input from Murphy-Johnson, who Trownsell said would assume more of a decision-making role as the company moves forward.

“I think that’s critical for our development and growth. She has more ability now to steer the company,” he said. “As president, she’ll have much more ability to chart its destinations.

Headquartered in Shockoe Slip, Park Group describes itself as the largest video production facility in the Richmond area. The company produces commercials and other video content for clients such as Audi, Walmart, Bassett Furniture, Ferguson, AMC Networks and Virginia Lottery.

The company consists of 24 employees – half the workforce it reached in the early 2000s, when it maintained a second office in Washington, D.C. It is currently relocating its Shockoe Bottom production studio to the back of the Cort Furniture building on the Boulevard. At more than 15,000 square feet, the new space will triple its current studio square footage.

Trownsell said he started the company in an apartment 30 years ago this year, with help from a previous group of investor-partners.

“It wasn’t like I had any money at all,” he said. “As a 20-something-year-old, I decided to start my own company, and I had no clue or idea that it would ever grow to the size that it did and support as many people and their families as it does.

Helping along the way for the last 17 years has been Murphy-Johnson, who Trownsell called “the best producer I’ve ever seen or worked with or know.”

Murphy-Johnson, who has 25 years of experience in the industry, said she and Trownsell had been talking over the past year about her taking an ownership stake in the company.

The VCU grad said she decided on a career in production after working on a music video for the Dave Matthews Band. While she said she’s received offers from other studios over the years, she said her partnership with Trownsell and her experience at Park Group has kept her from leaving.

“The owners have treated me really well over the years. I’ve just never been interested,” in leaving, Murphy-Johnson said. “When you have a team that works like we do, it’s just not even interesting to go off and start all over again.”

Laughing, she added: “And now, I really can’t.”