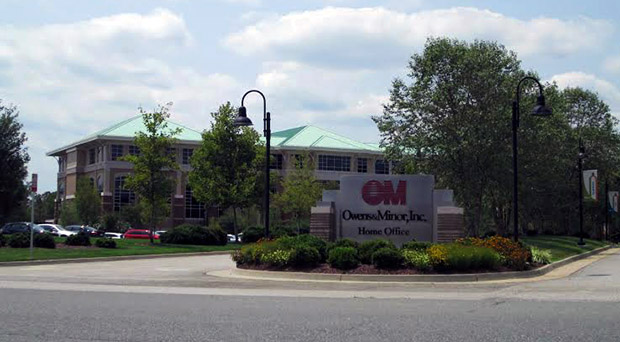 A local Fortune 500 is shedding nearly 200 workers through a mix of voluntary employee departures and layoffs.

Mechanicsville-based Owens & Minor disclosed this week that about 100 employees took part in the company’s voluntary separation program, which was announced at the beginning of this year. In addition, according to an SEC filing, the medical supplies company last week initiated layoffs of about 90 employees in an effort “to streamline operations and position the company for sustained profitable growth.”

In total, the departures represent about 2 percent of the company’s global workforce. Spokesperson Trudi Allcott said of the 90 positions eliminated, five were located in the Richmond area. She said the additional separations had a “modest impact” locally.

The separation program targeted salaried employees in the U.S. who are exempt from overtime pay. It allowed them to voluntarily resign from the company in exchange for “enhanced” separation benefits. Excluding executive officers, participants were required to meet certain age and length-of-service criteria.

As a result of the headcount reduction, O&M is expecting to incur about $8.5 million in aggregate cash charges to cover employee severance and benefits this quarter, it said in the filing.

O&M employs more than 5,000 workers in 42 distribution centers across the country. It had more than 600 local employees last year, according to a 2015 tally by the Times-Dispatch. Its most recent annual statement shows the company employed 5,800 workers domestically and 2,300 outside the U.S. at the end of 2015.

The company is ranked No. 309 on Fortune’s list of the top 500 corporations in the country based on annual revenue.

Editor’s note: This story has been revised from its original version to include comments from Owens & Minor received after publication.