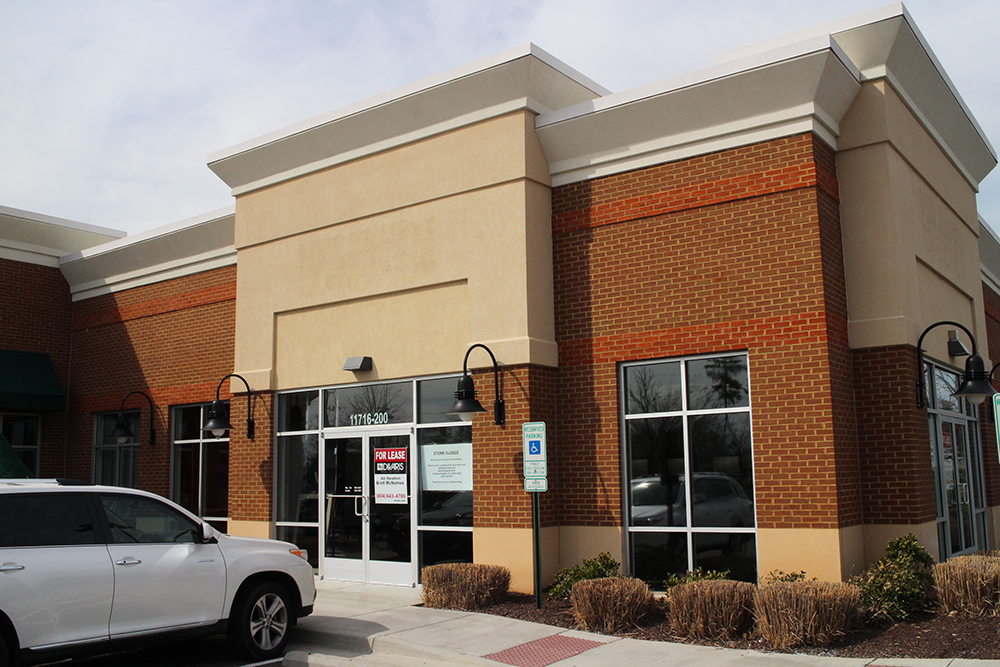 Mezeh is taking over the former Helzberg Diamonds space. Photo by Michael Thompson.

A new chain of Mediterranean restaurants has its first Richmond location in the works.

The new location will be Mezeh’s sixth since the trio of owners opened their first in 2013 in Annapolis. A Charlottesville location opened in February. The other stores are in Virginia and Maryland around the greater Washington, D.C., area.

“We’re trying to grow between those two areas,” Walker said of Washington and Richmond.

Mezeh is a fast casual model for Mediterranean food. Customers customize rice and salad bowls, pita pockets, and wraps with different proteins like shawarma and falafel, toppings, and sauces. A typical lunch meal that includes a drink costs less than $10.

Walker, Mohamadi and Chow are experienced franchisees. With the help of investors, they own four Five Guys Burgers and Fries, four Moe’s Southwest Grills and an eatery called 100 Montaditos in Washington. Walker said launching a venture of their own with Mezeh is years in the making.

“When we formed our partnership, we had the idea of creating a Mediterranean concept,” he said. “The Mediterranean diet is being recognized as being healthy and good for you. We wanted to come up with something fast casual.”

Among the dozens of restaurants surrounding Mezeh in Short Pump, it will have some competition on the Meditteranean front with Zoe’s Kitchen, another fast casual concept that opened recently at the Corner at Short Pump.

Walker would not say how much will be spent on the expansion to Richmond. He said he and his partners are financing the venture themselves. He said at least two more locations are planned for Richmond, and this year Mezeh hopes to open an additional four to six stores.

“We don’t really have any boundaries to where we can go,” he said.