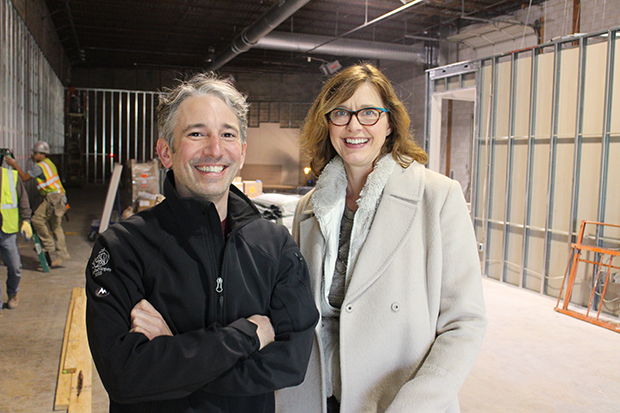 After years of sharing locations around town, a local production studio is settling down in a Northside warehouse.

Spang TV is getting ready to move into its new studio space at 613 Wickham St., off Chamberlayne Avenue just south of its intersection with North Lombardy Street. Renovations are wrapping up on the former warehouse and apartment space that will serve as the company’s new headquarters.

Totaling 13,500 square feet, the building will house the company’s offices and storage and accommodate two spaces for shooting commercials and other video, allowing for multiple productions to film simultaneously. 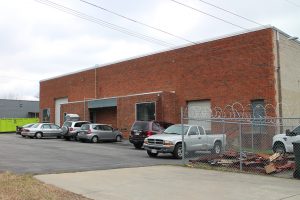 The building allows for a future second floor.

Currently, the company splits operations between two locations: a downtown office space near the James Center, and a 2,000-square-foot production space at the WCVE studios in Chesterfield. It previously maintained additional space at 9 W. Grace St., in a building it shared with fellow production studio Mad Box and recording studio Red Amp.

Spang TV left that space to give Mad Box and Red Amp more room to grow, while at the same time freeing itself up to move forward with its plans for a new headquarters.

“It was time for us to be our own landlord,” said senior producer Jordan Rodericks, who scouted dozens of locations in the city with Melanie Cox, Spang TV’s founder and executive producer.

“We probably will still occupy one of the spaces downtown, because it’s close to our clients,” Rodericks said. “Here, we can do more multiple shoots. Everyone can breathe.”

The Northside location’s proximity to downtown, as well as its distance from flight paths and highway and train noise, played into Cox and Rodericks’ selection of the site. Another factor was its location in a city enterprise zone, as well as an area slated for redevelopment through the city’s Chamberlayne/VUU Neighborhood Plan.

Incentives provided through an enterprise zone include real estate tax abatements and reimbursements for moving expenses and environmental studies. Cox said the seven-year abatement on real estate taxes allowed them to put more money into the renovation.

Cox purchased the half-acre property last September through an LLC for $425,000. She expects the renovation to cost at least $700,000, with work done by Dallan Construction and designed by 510 Architects.

Wells Fargo is providing financing for the project, which also involves a loan through the U.S. Small Business Administration. 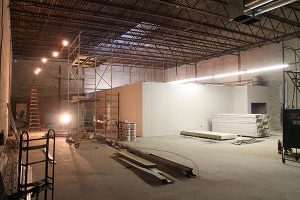 The company said enterprise zone incentives will allow it to spend more on renovations.

Construction is scheduled to wrap up near the end of this month, and the studio plans to move in by mid-April.

For Cox, who started Spang TV in 2002, the move marks a milestone for the company, which she named for a declaration her then-2-year-old son made in response to the sound of a laundry machine buzzer.

“It’s a combination of complete peace and butterflies,” she said of reaching this point. “I have felt so good about this decision from the first step walking in. It’s a great investment.”

Cox and Rodericks said the studio would add to changes in the neighborhood that they expect to see take effect over the next few years. The city plan calls for infrastructure and streetscape improvements to make the area around the intersection of Chamberlayne and Lombary more walkable and inviting to redevelopment.

The renovated space on Wickham Street includes a reception area and loading docks, multiple offices and a conference room, a kitchen for productions, and storage space for props that the studio has amassed over the years. The building also provides enough space to add a second floor in the future.

While Spang TV consists of five employees, Rodericks said a typical shoot can involve as many as 40 people working on set, for clients such as American Airlines, MasterCard, NBC/Universal and Walmart. The new building, he said, provides adequate space for that, as well as space to offer out to other local studios.

“We wanted this to be a place where the film business could use it,” Cox said. “We’ve had that open-door policy in mind.”

Added Rodericks: “That’s an extension of our regular business policy, which is, we like to see people working. If the production companies around here are thriving, then business is good.”

Great story, Hokie Jon. One of the coolest projects I ever built was the main broadcast studio for QVC. What an education! Most fun of all: the cyclorama.
Cheers! Roy from Delaware