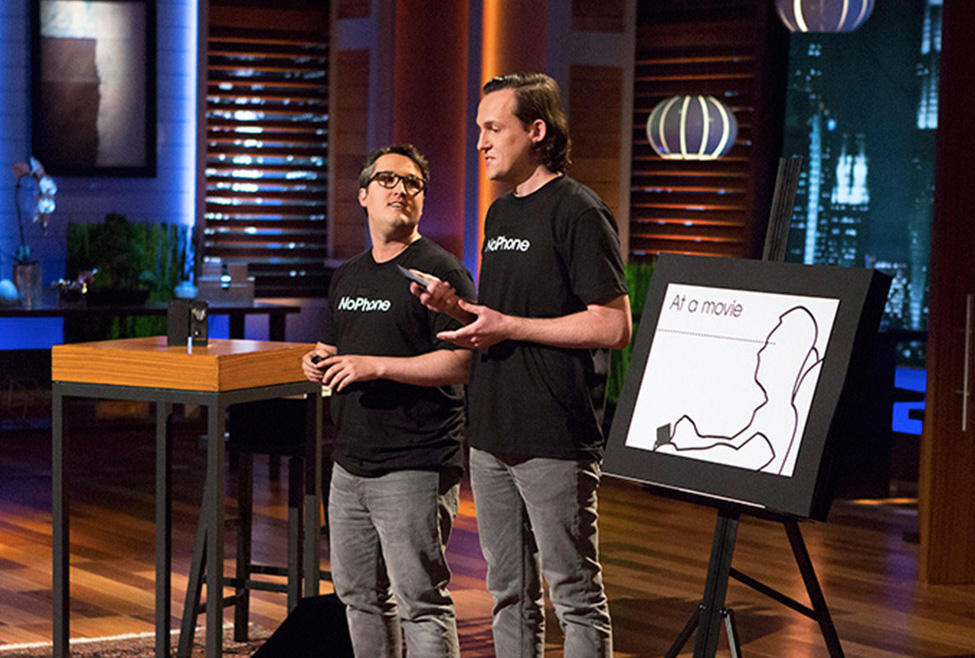 Van Gould (left) and Chris Sheldon during their appearance on the show. Courtesy ABC Disney.

Tonight, two Brandcenter alums will be swimming with the sharks.

Van Gould and Chris Sheldon, 2012 graduates of the VCU advertising and branding school, will appear on ABC’s “Shark Tank,” which airs at 9 p.m.

The duo will be pitching their product, the “NoPhone,” to the competition show’s panel of successful entrepreneurs. NoPhone is a faux smartphone meant to give people something to grab without distracting them from interpersonal communications, or to ween them off the cellphone habit.

The tongue-in-cheek aid to battling handheld-device addiction is no joke, at least not entirely: it raised more than $18,000 on Kickstarter in 2014.

It’s a side business for Gould and Sheldon, who are both based in New York, where they work for brand agency Barton F. Graf. The two founded No Phone with Ingmar Larsen and Benjamin Langeveld. 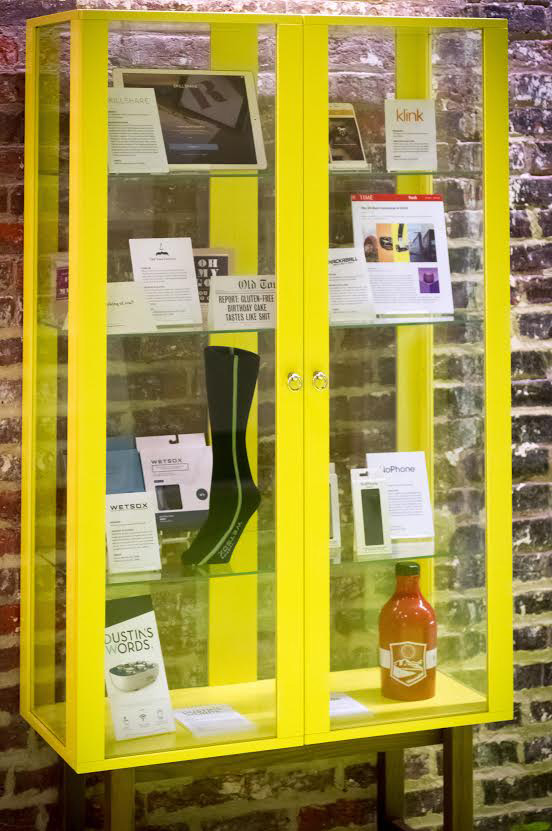 The display case at Brandcenter shows off the creations of students past.

While the fate of their pitch is under wraps until the episode airs, the appearance is the latest feather in the cap for the Brandcenter, which is celebrating its 20th anniversary this year. Last month, the school at 103 S. Jefferson St. unveiled a new case in its lobby that displays the NoPhone and other products and devices that alumni have created, each focused on solving a particular problem.

While many of those success stories have played out beyond Richmond, several have come to life locally, including Jordan Childs’ growler and barware-focused Shine Craft Vessel Company; Katherine Wintsch’s mother-minded consulting firm The Mom Complex; and Drew Dayberry’s Roaring Pines, a retail store and soda bar in Church Hill.

While the Brandcenter began as a graduate school for advertising, Spivak said the trend toward inventions and business startups has been a natural evolution.

Looking ahead to the next 20 years, she said: “I think we’ll be manufacturing things. I think we’ll have students that will stay (in town) and we will help them develop businesses, because we don’t necessarily want them to leave Richmond.”