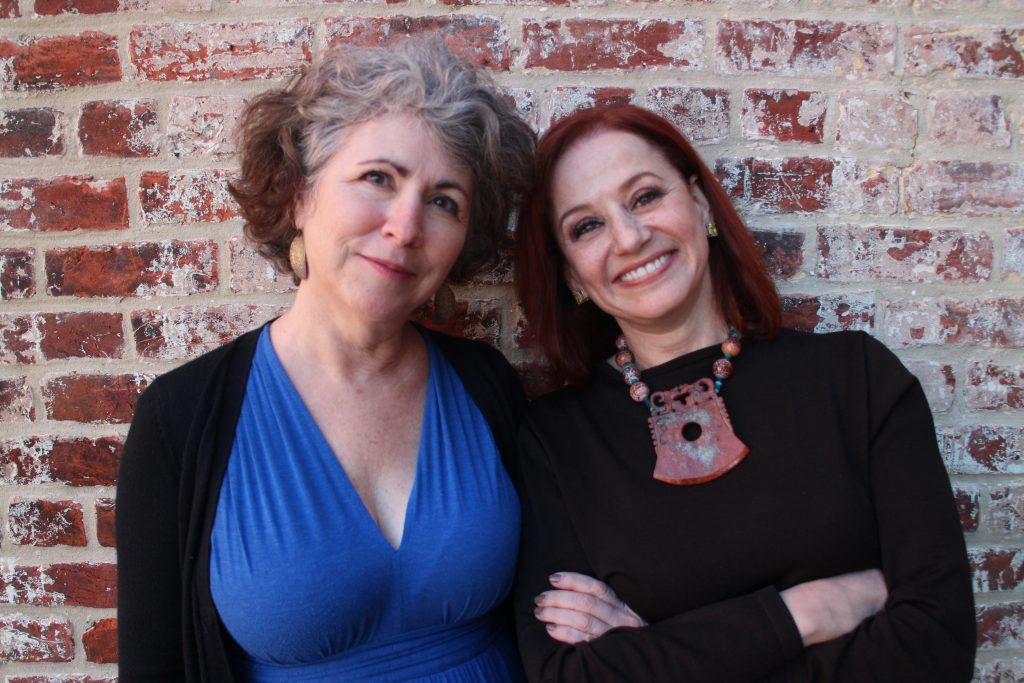 A lot has changed for the VCU Brandcenter in the span of 20 years.

First and foremost, its name. The center was known originally as the Adcenter when founder and initial director Diane Cook-Tench, with the help of the university, opened its doors in 1996.

It has since moved from Shockoe Slip to its current home closer to campus – a building created from the bones of the former carriage house of the Jefferson Hotel. Opened in 2008 at 103 S. Jefferson St., it was named Mike Hughes Hall two years later, for Brandcenter’s then-chairman and founding board member.

Its student body and faculty have grown, from 100 students the first year to 200 today and from a handful of professors to about a dozen. Tuition has likewise doubled, from about $20,000 for the two-year program to $45,000.

Over two decades, it has graduated more than 1,000 students who have gone on to work for both ad agencies and clients, as well as others who opted to start their own businesses.

The Brandcenter building is situated on Jefferson Street between Cary and Canal.

But perhaps the greatest change within the Brandcenter’s walls as it marks its 20th year has been a shift from a marketing focus to a broader end goal, said current Director Helayne Spivak.

“We understand that you can’t just be a writer or art director,” she said. “If you’re just a writer or an art director, you are useless, or you can work at a traditional agency where you might never grow. The world is looking for creative problem solvers.”

Cook-Tench said she was motivated to start what became the Brandcenter by her experience in advertising, which showed her that students needed more real-world training and exposure to the business side of the industry.

Accolades have followed the Brandcenter since its inception. The attention culminated in 2012, when a group of first-year students garnered the title of “World’s Most Innovative Team” by winning the Innovation Challenge, a global competition of graduate business schools. It beat out competitors from schools such as Harvard and UVA’s Darden School.

And the praise has continued, with alumni involved in three of AdWeek’s top 10 ads for 2015, and one alum’s venture, a toy called Hackaball, named in November by Time as one of the year’s best inventions.

Spivak became director of the Brandcenter in August 2012.

Brandcenter grads have worked on such campaigns as Google Android’s “Friends Furever,” produced by New York-based Droga5, and Comcast’s “Emily’s Oz” by Goodby Silverstein & Partners, both of which were included in AdWeek’s top 10 last year. Other work has included ads for Apple by L.A.-based Media Arts Lab and for Nike by Wieden + Kennedy.

A highlight each school year is the center’s “inverted career fair,” in which companies such as Facebook, Apple and IBM come calling for graduates, as opposed to the other way around. Last year’s event saw 235 recruiters representing more than 150 companies vying for time with 102 students.

Operationally, Spivak said, the center is self-sustaining through a business model that allows it to keep its tuition revenue that is then used to pay for salaries, rent and other costs. Tuition covers nearly 99 percent of its annual budget, with the remainder coming from foundation funds.

While she noted past support from alumni and the community, Spivak said fundraising remains a priority and a challenge. They’re planning several events to celebrate the 20-year milestone, including fundraising campaigns and alumni gatherings.

“Something that I’m trying to undo in the minds of the community is that ‘self-sustaining’ is not ‘growing,’” she said. “What we’re looking for is the kind of support that says you’re putting out some really interesting people in this world.” 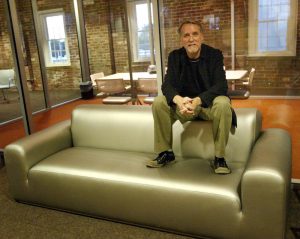 The anniversary comes three years after the Brandcenter became part of the university’s School of Business, transitioning from the College of Humanities and Sciences. The move signaled the center’s transformation from a graduate school for advertising to a center that blended the creative side of the industry – copywriting, art directing, strategic planning – with the business side, reflected in the newer curriculum tracks of creative brand management and experience design.

Rick Boyko, who led the Brandcenter as director from 2003 to 2012, oversaw that move.

“There was no program around the globe that I could find that was teaching both creative thinking and business thinking in one program – having those students, MBA types, rubbing elbows and working collectively with creative-thinking types,” he said. “Having five different tracks with five different thought processes working together collaboratively is exactly how the business operates and what the business needs more of.”

Spivak likened the blending that’s resulted to the Hollywood pairing of Fred Astaire and Ginger Rogers.

Jonathan, thank you for your superior reporting on the history of the VCU Brandcenter’s founding and it’s evolution.

Dr. Trani’s early embrace of a new type of professional grad school was critical to its launch and early success.

I was assisted by incredibly smart and generous people inside and outside VCU. The local professional community and national industry leaders stepped up to insure our goal to educate the next generation of leaders was seriously embraced.

I’m so very proud of the School and the impact it’s grads continue to make each and every day.