As the springtime lawyer migration continues, a large international law firm has made its first push into Richmond after luring a team of attorneys from Hunton & Williams. 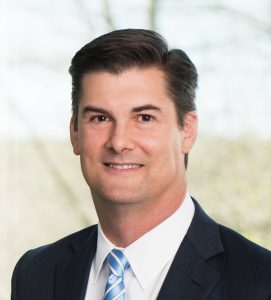 Vinson & Elkins, a firm with 650 attorneys in 15 offices around the world, has set up shop downtown with attorneys Daniel LeBey and Chris Mangin, who bring over a book of business representing real estate investment trusts, investment banks and private equity clients.

Attorneys Greg Cope, Chris Green and David Freed also made the leap from Hunton to Vinson & Elkins. Cope and Green now work out of the firm’s Washington, D.C., office, while Freed is in its New York outpost.

Vinson & Elkins Chairman Mark Kelly said the firm found LeBey and the others as they were looking to expand their REIT practice. He said it was a case of talent, rather than location.

“I don’t know, to be honest, if we would have opened an office (in Richmond) to just put a flag in the ground,” Kelly said. “We found some lawyers that fit well with us and they happened to be in Richmond. It’s where they wanted to stay, and it’s fine with us.”

He said some Vinson & Elkins attorneys were acquainted with LeBey and knew him from their time together at Princeton, where LeBey earned his undergraduate degree. Mangin went to Wake Forest for undergrad and got his law degree from UVA. LeBey’s law degree came from the University of Georgia.

The firm wouldn’t comment on the size of the book of business that LeBey and his team bring over. Firm-wide, Vinson & Elkins had revenue last year of $627.5 million. Kelly said the firm does work for Richmond-based Dominion Resources. 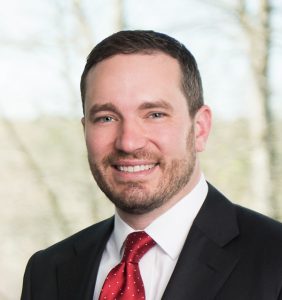 LeBey said those discussions with friends led to more serious talks about making a move. He had been with Hunton for 18 years and Mangin had been there since 2006. Their last day at Hunton was March 31 and they showed up for work at Vinson the next day.

“We really believed there was an opportunity there to do some things with our practice that we thought would be very compelling,” LeBey said. “We thought it would be very attractive to our clients.”

“We’re also in the process of talking with associates and others to join us,” LeBey said. “It’s going to be a small office initially, but we hope to add to it strategically over time.”

Vinson & Elkins was founded in Houston, Texas, in 1917. Of its 15 offices, eight are overseas in markets like Beijing, Dubai, Riyadh and Moscow. Its closest office to Richmond is in D.C., where it has dozens of attorneys.

McGuireWoods has been in a poaching mood in recent months with a particular penchant for attorneys from law firm Reed Smith.