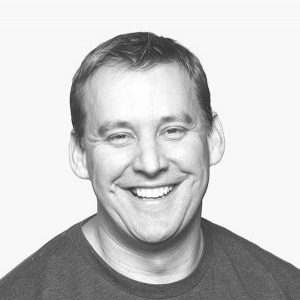 The local chapter of a national design association is hosting a one-day conference aimed at growing creative businesses.

AIGA Richmond is putting on Position, a conference this Saturday that will involve networking and presentations by speakers from around the country.

The Martin Agency, Adobe, Skillshare and Shuttershock are among the event’s sponsors, and speakers include CEOs of marketing and design agencies in California and Utah, an agency growth consultant, an AIGA board member, and Richmond’s own Garrett Ross, cofounder and CEO of local software company Mobelux.

Presentations will cover such topics as scaling, company culture, negotiating, agency development, and business growth from a female perspective, all targeted to the creative community and design and marketing professionals, particularly those in the small-business sector.

John Drake, a local graphic designer who is helping to organize the event as AIGA Richmond’s finance director, said an audit the group conducted last year found that the Richmond area is home to nearly 80 businesses that identify as creative or design-based. Add to that single-person shops and freelancer groups, and Drake said the total number is upwards of 100.

Drake said the event is aimed at connecting such professionals and helping them grow their business.

“When we as designers better understand topics like scaling, pricing, lead generation and client interaction, we can do our jobs better and become stronger candidates for the next proposal we submit,” Drake said.

“Like with any industry, design becomes better through competition and increased skill. We want Richmond to have the most skilled designers so that we not only have strong design for the Mid-Atlantic region, but also for the East Coast and beyond,” he said.

AIGA was founded in 1914 as the American Institute of Graphic Arts, though the group is now known simply by its acronym. The Richmond chapter puts on several events throughout the year for its members, such as Cocktails & Creatives and Coffee Talk sessions, but Drake said Position is its biggest event yet.

“I don’t think we’ve pulled off something of this size before,” he said. “Hopefully it’ll be something we can turn into an annual event.”

Tickets to Position are $60 each and $20 for students with ID. A conference schedule and more information are available on the event’s website.