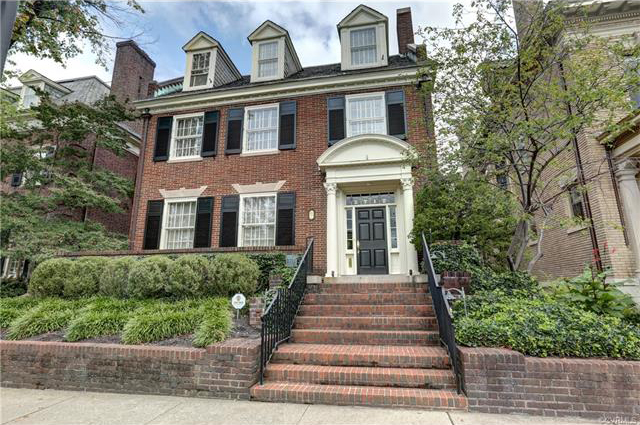 The president of a New York real estate firm that recently entered the local market has finalized his move to Richmond with the top area home purchase for April.

A 6,300-square-foot home at 2712 Monument Ave. sold April 19 for $1.56 million, just below its list price of $1.65 million but above all other sales in the Richmond area last month, according to the Central Virginia Regional Multiple Listing Service.

The buyers were Philip C. and Patricia B. King, who were represented by Leigh Hulcher of Napier Realtors ERA. 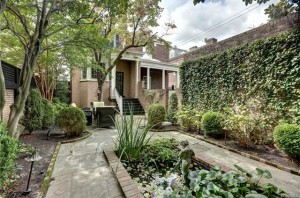 Brick and slate courtyards and gardens sit behind the home.

Hulcher said the Kings were initially hesitant on the Monument property, which she said is in need of updating, but she said they didn’t want a larger home on Monument and decided to purchase the house, which they plan to renovate.

“They felt like they can make it a very fun, more useful home than what was there,” Hulcher said. “I think they’re going to be doing some fairly major renovations to it.”

She said the couple has hired architect Danny MacNelly, formerly of 3north and currently with Architecturefirm, and interior designer Anne Tollett of Hanover Avenue and is currently shopping around for a contractor. She said they were planning to relocate the kitchen, convert two upstairs bedrooms into a master suite and open up the back area of the house.

Built in 1915, the Colonial Revival-style home has six bedrooms, the equivalent of five bathrooms, a detached two-car garage, and brick and slate courtyards with a Charles Gillette-designed garden. The house was designed by Richmond architect Duncan Lee. 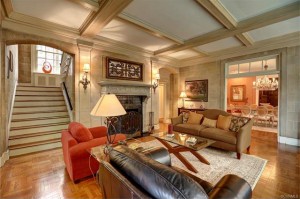 The living room has an ornate gas fireplace.

The house was listed last October by Jill Plageman and Mary Davenport of Joyner Fine Properties, who represented sellers Jerome T. and Sue F. Lienhard II. Jerome Lienhard is an executive with SunTrust Bank and was recently CEO of SunTrust Mortgage.

The house was originally listed for $1.72 million but was reduced in price in January to $1.65 million. Plageman described the reduction as a reflection of the market, as well as anticipation for the busier spring season.

“It had been on the market for a few months, and we were tracking market data and looking at recent comparable sales and we felt like to be more competitive that it was important to take that price reduction,” she said.

“Also, wanting to take that price reduction in advance of the spring market, where you typically see more homes come on the market and we knew we’d have more competition,” she said. “So it’s important to stay out front of that.”

Plageman said the reduction in price also coincided with the house becoming vacant, allowing for her and Davenport to have the house’s interior repainted and staged.

“Those were some things we did in combination with the price reduction to give it a fresh start,” she said.

The house is a block away from another seven-figure property that Plageman and Davenport relisted last month. The 6,200-square-foot house at 2609 Monument Ave., initially listed last October, was reduced in price to $2.09 million.

Rounding out the top five home sales for April were, according to the CVRMLS: