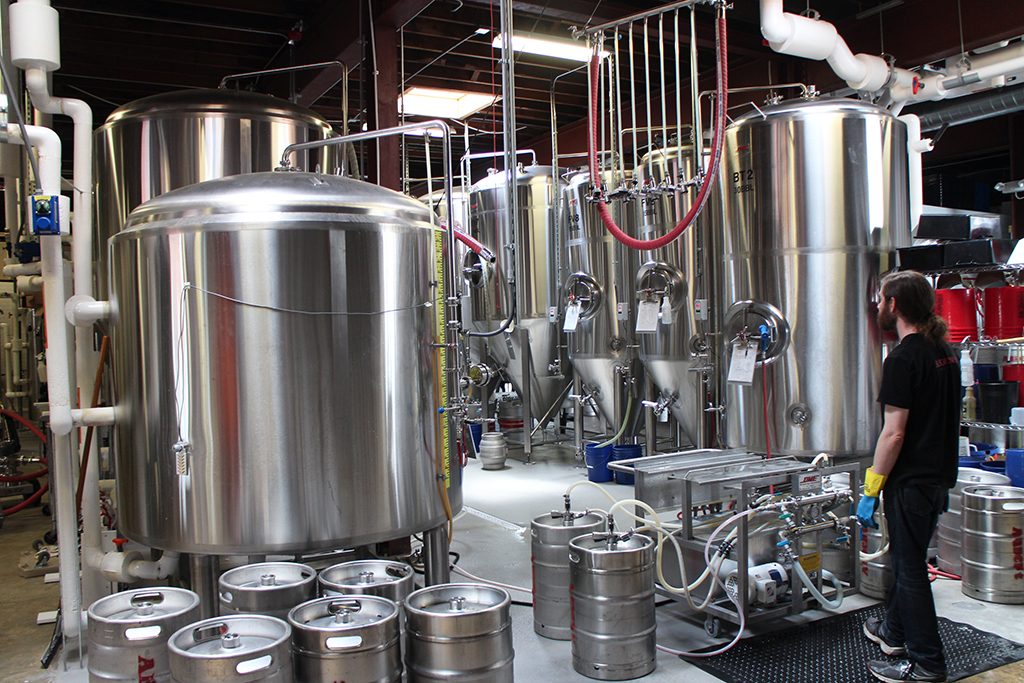 Ardent is now on tap at around 120 bars and restaurants. Photos by Michael Thompson.

Just in time for its second anniversary, a Scott’s Addition brewery has expanded its brewing capacity and is rolling out a new line of products.

Ardent Craft Ales is investing in an in-house bottling system that for the first time will let the brewery produce and sell six packs of 12-ounce bottles of beer. Ardent co-owner Tom Sullivan said sixers of Ardent’s saison and IPA will be ready to sell late in August.

Sullivan said over the past year Ardent has sold a few thousand cases of larger, 750-milliliter bottles as part of the beer maker’s Black Paper Series in an effort to establish a track record of sales to get on store shelves. Sullivan said about 10 percent of Ardent’s sales come from bottled beer sales – a figure he hopes will increase once Ardent’s six packs hit the market. 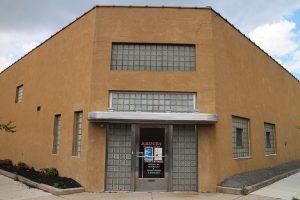 Ardent’s home base in Scott’s Addition.

The rest of Ardent’s sales come from its taproom at 3200 Leigh St. in Scott’s Addition and at the more than 120 locations that has Ardent brews on draft. The company’s distributor is Brown Distributing. Ardent has 10 full-time and 10 part-time employees and will celebrate its two-year anniversary June 25.

In addition to ordering a new bottling system, Ardent recently expanded its fermentation capacity by 60 barrels bringing its total capacity to 240 barrels. The company now has six 30-barrel fermenters and two 15-barrel fermenters. Sullivan said this year Ardent will produce more than 2,000 barrels of beer.

Sullivan said before investing in the bottling system he and his partner Kevin O’Leary toured the bottling operations at Midnight Brewery and Lickinghole Creek Craft Brewery, both in Goochland. Sullivan would not say how much it cost to order Ardent’s bottling system, which will be able to fill 40 bottles per minute.

“It’s not super fast in the bottling world but it’s more than enough for us,” Sullivan said.

Sullivan said Ardent considered doing cans instead of bottles but the rise in canned beer’s popularity has made it a taller order than it used to be.

“The demand for cans has put stress on manufacturers and suppliers,” Sullivan said. “The orders have gone from pretty reasonable minimums of like six or eight pallets to full truckloads, which makes it tough for little guys like us.”

Sullivan said with cans their can also be quality issues. He said sometimes canning beer exposes it more to oxygen, which can reduce the product’s shelf life.

Other Richmond breweries that sell six packs include Legend Brewing, Center of the Universe, and Hardywood Park Craft Brewery.