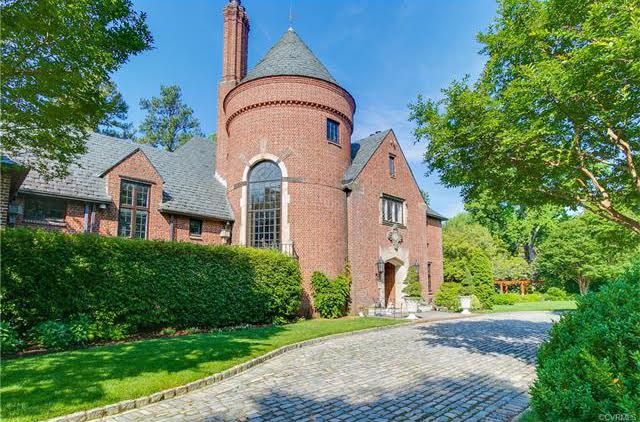 The former CEO of a local Fortune 500 is selling his Cary Street Road home for just under $6 million. 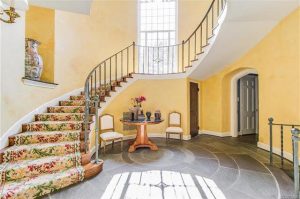 A staircase spirals the inside of the turret.

The 3.4-acre property in Richmond’s West End was listed by Anne Chewning and Lucy Williams of The Steele Group | Sotheby’s International Realty.

Distinct for its prominent cone-roof-topped turret, the four-level home consists of a total of 16 rooms, including five bedrooms, five bathrooms and three half-baths.

The property includes a cobblestone courtyard, reflecting pond, fountain and swimming pool enclosed within privacy walls, fencing and electric gates. Entertainment and exercise areas are included with the property. 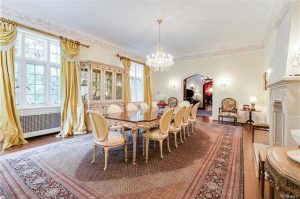 The property was most recently assessed at $3.21 million, according to the listing. The city’s online assessment records system was not functioning Tuesday.

According to multiple real estate websites, the property last sold in 2007 for $3.71 million. The city records system did list the current owner as Eastern Horizons LLC.

The registered agent for that LLC, William J. Newman Jr. of Christian & Barton, is also the registered agent for Sports Reality Real Estate LLC, which Fraizer formed in 2013 to launch Sports Reality, an indoor sports venture and training facility in Mechanicsville. The 50,000-square-foot facility serves as a practice facility for professional indoor football team Richmond Raiders, which Fraizer owns with his wife Elizabeth.

The couple’s home address is listed as the principle office for Sports Reality Real Estate LLC. 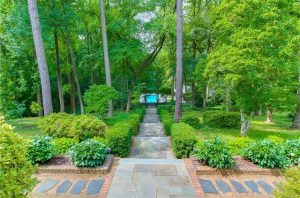 A terraced walkway leads to the backyard swimming pool.

Fraizer led Genworth Financial as CEO for eight years before stepping down in 2012. He is listed as an operating advisor with local private equity firm Blue Heron Capital and has served as a senior advisor of Scotts Addition-based consulting group The Frontier Project. He previously served in CEO capacities for GE Capital.

Attempts to reach Fraizer were not successful Tuesday. Chewning asked to call back but was not heard from by deadline. A message left for Williams was not immediately returned, and Newman returned a call but said he was not aware of or involved in the listing.

Now that, my friends, is a HOUSE.