With a pair of new deals inked in the suburbs, a Mediterranean restaurant chain is eyeing a push to open more eateries across the region. 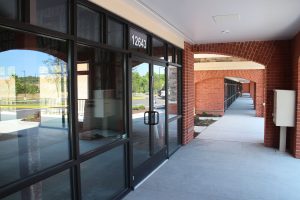 Taziki’s signed a lease in late May to occupy about 3,060 square feet at 12643 Stone Village Way in the Stonehenge Village Shopping Center in Midlothian, said Robby Brownfield, a broker with CBRE Richmond who serves as Taziki’s chief commercial broker.

Stonehenge is anchored by Wegman’s, which recently opened its first store in the growing suburban retail market, and has plans to open its second Richmond area store in Short Pump.

Taziki’s will also operate in 2,500 square feet of space it leased last year at 14221 Hull Street Road near the Lowes store in the Woodlake area of the county, Brownfield said.

Taziki’s is a fast casual restaurant known for its take on Greek and Lebanese dishes, according to its website. It opened its first local restaurant in 2013 near Innsbrook at 4024-C Cox Road.

The firm operates about 40 restaurants in nine states. Its three Richmond-area locations, at the moment, are the only Taziki’s brand eateries in the state. 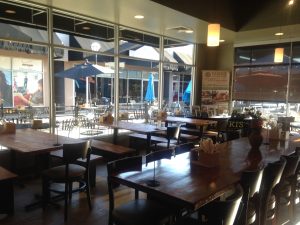 Robb said once work begins to wrap up at Woodllake, construction on Taziki’s Stonehenge Village site will begin.

In all, Robb said he expects to hire about 80 full- and part-time workers between the two new locations.

“We purchased this territory back from the franchisee because we knew Richmond was a great market for us,” Robb said. “Richmond likes us.”

He said expanding into metro Richmond’s suburban market was a no-brainer. For starters, he said, the locations gave Taziki’s access to growing rooftops in neighborhoods housing high-income earners. The new locations are also located along high-traffic corridors, giving Taziki’s potential to draw customers from traffic passing through the area.

“Our Innsbrook location gets a lot of foot traffic from the Capital One workers that come in and frequent our restaurant during the day,” Robb said. “It’s still very good business, but these two new locations will give us access to more people around the clock because it’s more residential.”

Brownfield said the firm is not done growing in the Richmond market.

“We’ve got the two on the Southside…we’re now looking east,” Brownfield said, hinting on possible locations east of Innsbrook that are closer to the city of Richmond. “We expect to make more announcements.”

Editor’s note: This story has been updated to include comments from Taziki’s vice president Dean Robb.