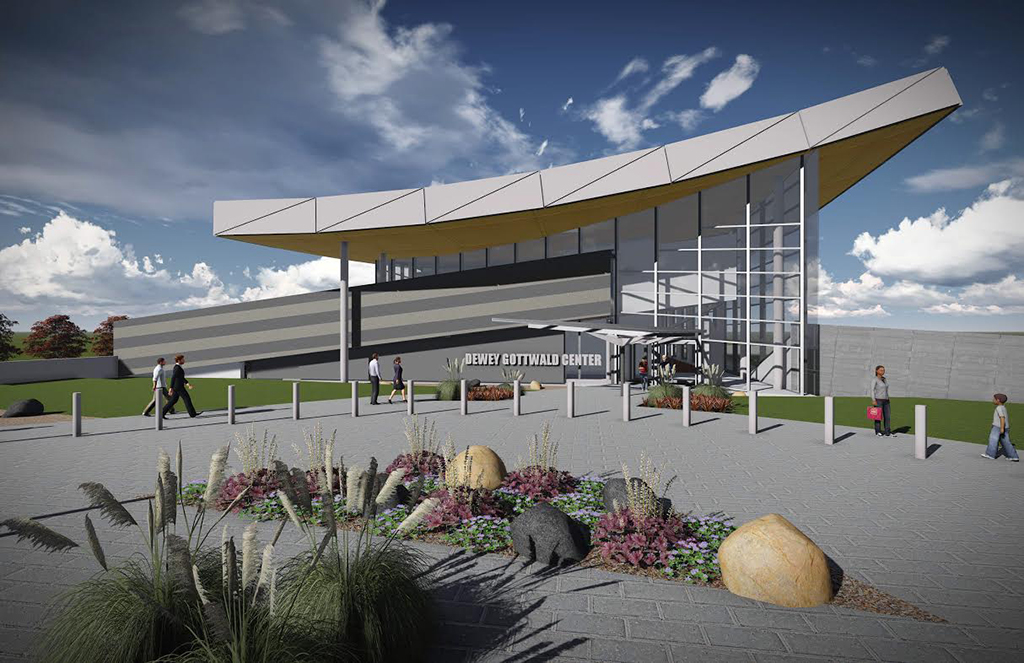 Rendering courtesy of the Science Museum of Virginia.

The first addition to the Science Museum of Virginia’s campus in three decades is beginning to go vertical.

The 21,000-square-foot structure, on the Leigh Street side of the museum building, will serve as a location for the museum’s large-scale traveling exhibitions during the summer months and as a venue for community events the rest of the year. 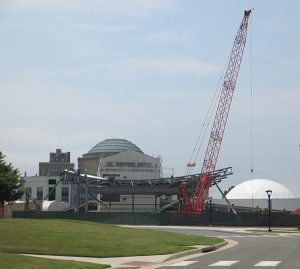 “From September until April each year, we will host a number of special events for the community – both large and small – with the goal of continuing to expand our role as a community gathering space,” said Terri Rose, the museum’s communications director.

Construction started this spring and is slated to last a year, with the center scheduled to open in spring 2017.

The $12 million project was funded in part by a $4 million donation from the Herndon Foundation in honor of Floyd D. Gottwald Sr., the late patriarch of the Gottwald family and former chairman of Ethyl Corp., now NewMarket.

The donation was touted as the largest gift the museum had ever received. The rest of the project is covered by state capital funds.

The steel and glass structure – the first addition to the campus since The Dome astronomy facility and theater opened in 1983 – will feature a design that the museum describes as “an intentionally significant departure” from the original train station building designed by noted architect John Russell Pope. The sleek exterior will give the museum a new appearance from Leigh Street.

The interior will feature state-of-the-art media, audio and lighting systems, according to the museum. It will serve as a multipurpose space, accommodating large community events and smaller spaces for corporate meetings. The museum will charge fees to rent the facility for events. 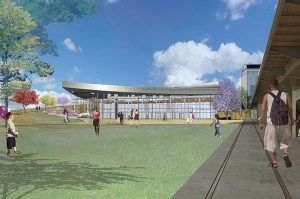 The museum is planning a black-tie kickoff event that will be followed by the opening of international traveling exhibition Da Vinci Alive, which will be making its North American debut.

The project got off to a rocky start late last year, when the Times-Dispatch reported the City of Richmond threatened a lawsuit in response to a planned construction fence between the museum and the adjacent Washington Redskins training camp facility.

And it isn’t the only museum-related construction on West Broad Street. Farther east, construction continues on VCU’s Institute for Contemporary Art.

Sustainable Design Consulting is proud to also be on the design team and is guiding the team towards a LEED Silver Certification.