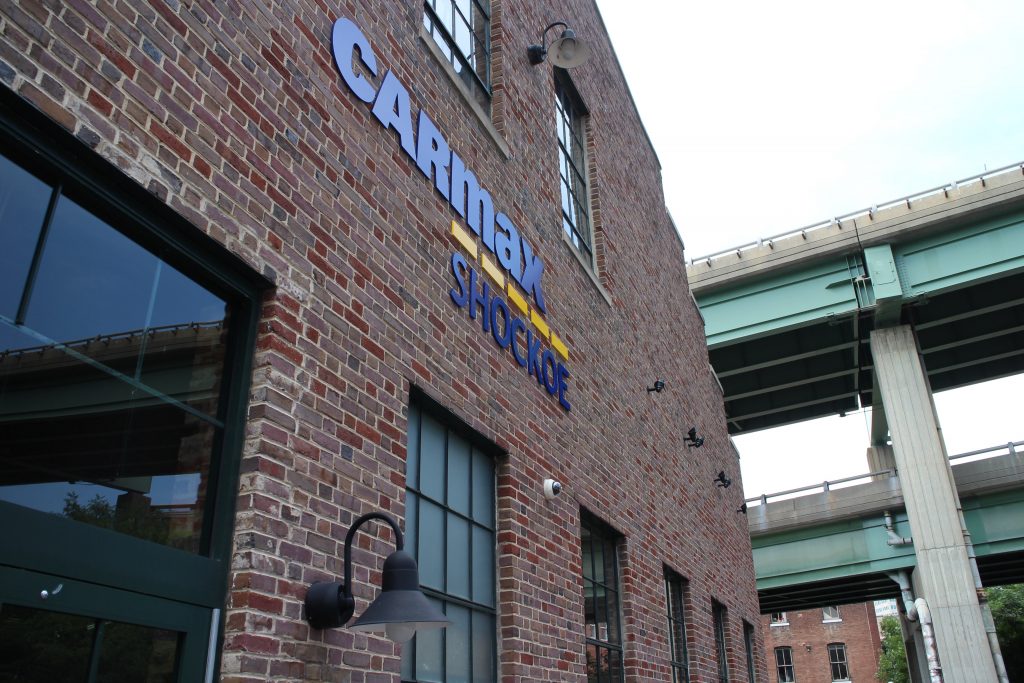 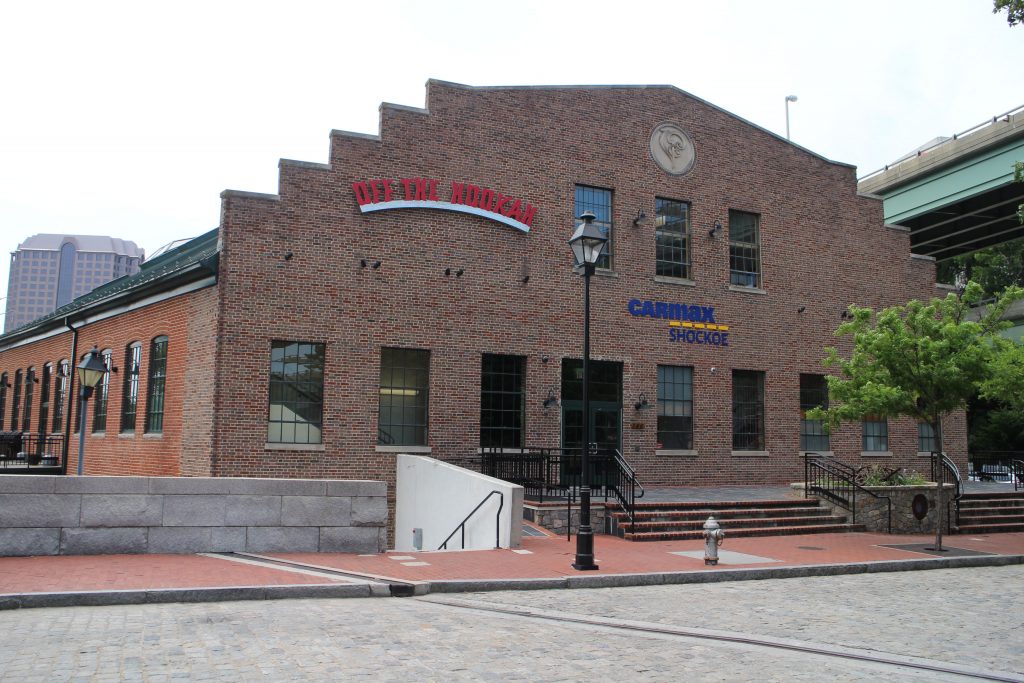 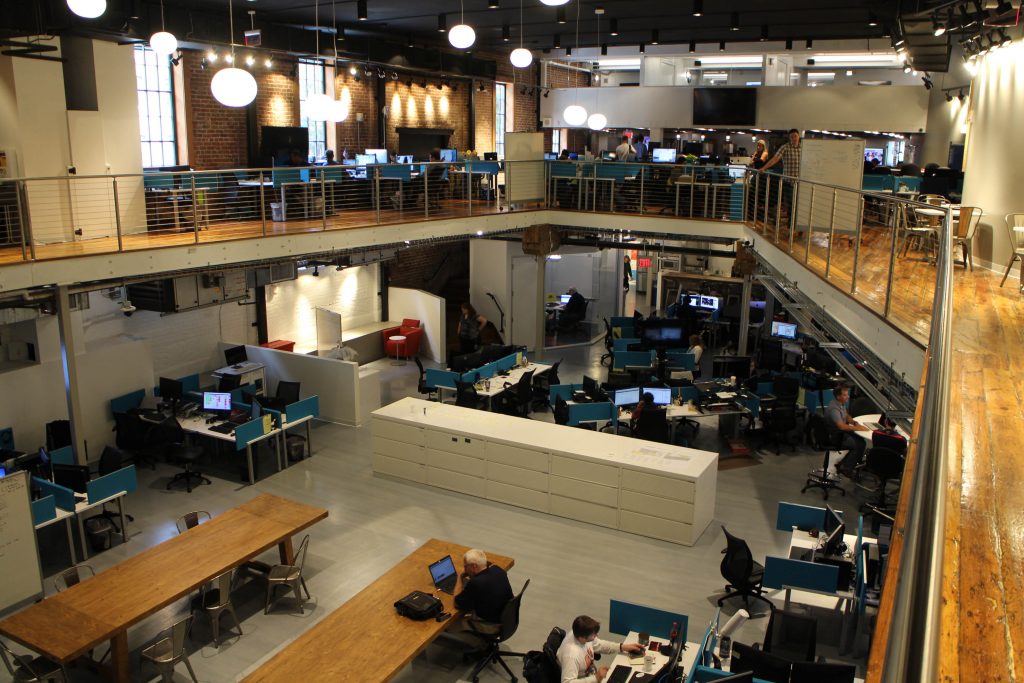 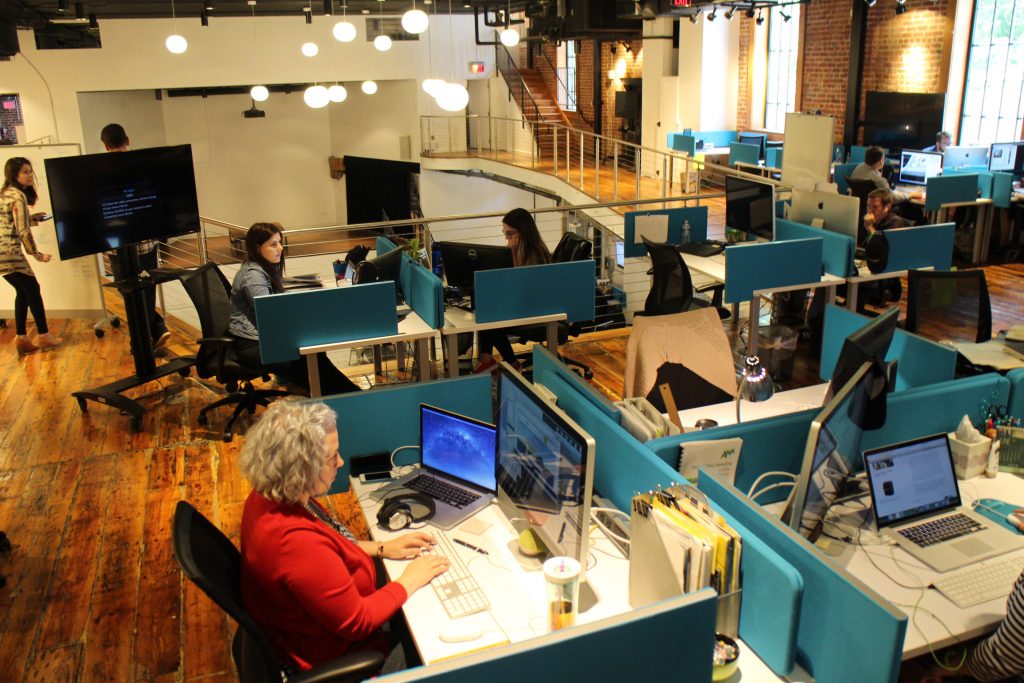 The music venue past of CarMax’s new offices at the Lady Byrd Hat building in downtown Richmond wasn’t lost on the company in its design of the space.

The stage of the former Toad’s Place concert hall remains prominent in the 26,000-square-foot space, into which the used car retailer moved employees last week. A bar in the back of the mezzanine level is being used as a kitchen area.

A similar scenario will result when the company moves into an additional 6,000 square feet that currently houses Off the Hookah. The nightclub has announced it will close its doors in July, making room for CarMax’s new digital and technological innovation center.

The center consists of 125 employees, and the company is looking to hire 50 more designers, developers and programmers that the offices – CarMax’s first within city limits – were meant to help attract. 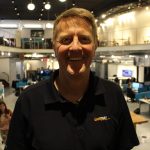 “We want to continuously innovate and disrupt this industry. To do that, we needed to get the right kind of talent,” Lyski said. “We thought a downtown space that would complement our headquarter space would give us another attractive location to bring these 50 digital rock stars all in one little area.”

The company secured the space in February after a search that Lyski said included Scott’s Addition and the West End. It worked with Cushman & Wakefield | Thalhimer and signed a multiyear lease with Fulton Hill Properties, which renovated and leases the historic building on Richmond’s Canal Walk that once housed the Lady Byrd Hat factory.

Due to that historic status, CarMax was limited in developing the space, which it designed with HOK, a New York-based architecture firm. A CarMax spokeswoman said the company could not share the project cost.

“We couldn’t blow out a bunch of windows, which would be awesome to get more light,” Lyski said. “But it’s also kind of cool. You’ve got those walls that have been up since 1873. Whenever you can take something that’s 150 years old and you can just lay in the latest and greatest technology – to me, that’s awesome.”

Lyski said the company plans to use the space to its fullest potential, noting it could accommodate off-site meetings, seminars and conferences. Its primary use beyond offices will be for recruiting, he said.

“I think we’re going to do a lot of recruiting here,” he said.

Lyski said they were informed that Off the Hookah chose not to renew its lease and that its 6,000-square-foot space may become available. The company signed a lease for that space in May and will expand the center there in August.

Lyski described the downtown move as significant for the company, which has been greeted and welcomed by city officials and nearby Southern Railway Taphouse, which hosted a welcome reception for employees their first day in the space. Lyski said CarMax would add to and benefit from that sense of community.

“Hopefully we help add to the vibrancy of downtown,” he said. “Every great city has a great downtown, and if we can help contribute to that and help the local restaurants and coffee shops and small businesses just by having our presence here, we’re very much trying to promote that. We’re going to try to be a really good neighbor.”

Congrats. That is a great area of town and will be a good draw to get new employees. We occupied the 114 building for 8 years and loved it prior the new corporate owners moving the business to an office park. 🙁