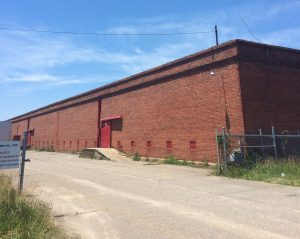 City Council will hear the developers’ request for a special use permit on July 25.

A $15 million bid to make apartments out of a century-old warehouse near the Diamond is being given a second look after state regulators called part of the plan “very disturbing.”

The Richmond Planning Commission’s endorsement last week of the proposal by developers Louis Salomonsky and David White to convert the warehouse at 1650 Overbrook Road using state and federal historic tax credits prompted a sternly worded response from the state Department of Historic Resources, which oversees the credits in Virginia.

It described a city-added provision that could require the developers to cut windows into the building after a five-year tax credit regulation period as running counter to the intent of the state credit program.

DHR director Julie Langan called the plan “an affront to the thousands who have used the tax credit program for its intended purpose, with long-term preservation in mind.”

“Although regulations limit the review of future work to a five-year timeframe following completion, they did not anticipate a situation where a developer, prior to the commencement of a project, would be required to agree in advance to make alterations that would not meet the (Secretary of the Interior’s) standards,” Langan said in the statement, which was issued to Richmond BizSense and the Richmond Times-Dispatch.

In response to the statement, Salomonsky and White requested the case be deferred from Monday’s City Council meeting, where it was set for a vote for a special use permit. The request is now scheduled to be heard July 25, by which time White said they would revisit the plan with the planning commission.

“I’m deferring it and taking it back to the planning commission to try to resolve the differences that apparently exist,” White said.

Referring to DHR, he added: “Their position has been articulated in their press release. We’re trying to work with that.”

In presenting the proposal to the planning commission last week, White described it as a “negotiated settlement” that sought to satisfy the state’s requirement to keep the building’s windowless south-facing wall unaltered, and the city’s regulations regarding windowless dwelling units, which have become an issue as more industrial buildings are converted into multifamily housing.

While she said she didn’t think White or others at the meeting were deliberately trying to mislead the commission, Langan on Monday said the discussion misrepresented DHR’s stance on the project, which has gone through several iterations since the developers purchased the property in 2012.

“In this particular case, and there have been others, those standards and the city’s position are in conflict,” Langan said. “So you may have a situation where you have a project that, in the end, we’re not going to certify if it complies with the city’s policy, or maybe instead you need to look at other uses for the building. 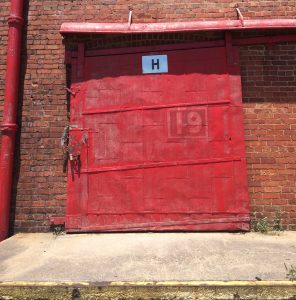 “It’s not possible with all of these buildings to add a lot of windows and still get a certified project,” she said. “And this one was really tough. This one took about two years of ongoing negotiations.”

A result of those negotiations with DHR and the National Park Service was the addition of a courtyard with an open-air, Plexiglass-style roof that would provide additional light. But the courtyard concept did not meet the city’s windowless dwelling rule that would encourage direct light and views of Overbrook Road from the building’s south-facing wall.

“That is as far as we can go,” Langan said of the courtyard concept. “If that’s not good enough to satisfy the city, maybe these shouldn’t be apartments.”

White noted last week that the window provision is at the discretion of the city planning director and might not be required after the five-year period. But Langan said the provision was not discussed with DHR and took her department by surprise.

“I’m sympathetic that the developer may not even want to put these windows in the building, but they’re being told by the city that there’s the possibility that the planning director could require that,” she said.

“The rehab tax credit program is meant to preserve historic buildings and to be sure that work is done appropriately. While there is not a regulation that gives us the authority to intervene after five years, nonetheless the expectation is the building will be hopefully preserved for longer than five years.”

Langan said her department and others are concerned about the conflict between the state’s standards and the city’s windowless dwelling rule, though she noted that the conflict appears only to exist in cases of industrial buildings without many windows being converted into apartments with historic tax credits.

“For the vast majority of projects, this is not even an issue,” she said. “The city understands our point of view; we understand their point of view. I think we’re both right in our positions, and then it just comes down to the right fit for each building.

“If you have a building that historically doesn’t have windows or has very few windows, then maybe apartments isn’t the best use,” she said. “And if you really want that building to be apartments, then maybe you rehab it without using the tax credits.”

White said he and Salomonsky remain committed to the plan and maintain that apartments are a suitable use. They ultimately want to convert the 113,000-square-foot building into 117 apartments.

“I’m very optimistic about the building,” White said Monday. “I don’t have any concerns about that.”

A message left Monday with the city planning department was not returned in time for this story.