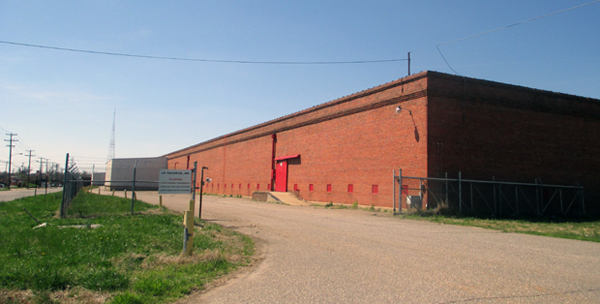 A veteran apartment development group is scrapping plans for a historic tax credit rehab to move forward with a beefed-up version of its Midtown apartment project.

Historic Housing, headed by David White and Louis Salomonsky, won approval from the Richmond Planning Commission on Monday for a 205-unit apartment conversion at a warehouse at 1650 Overbrook Road.

The development, which White said will likely cost about $18 million, is a scaled-up version of a 173-apartment project the Planning Commission approved for the property this summer.

That proposal sought historic tax credits and involved peeling off a portion of the building’s roof to create a courtyard running up to the doors of each apartment.

White said at Monday’s meeting that the National Park Service did not sign off on the initial design, so the Overbrook Lofts project would not qualify for redevelopment tax credits.

Now Historic Housing will take on the project without state or federal historic tax credits and will simply cut into the warehouse’s exterior walls to create windows for each apartment. Since the developers are no longer seeking historic tax credits, they don’t need approval from the Park Service to move forward with the new plan. 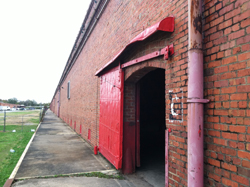 The adjusted design for the warehouse will create 32 more apartments than originally planned.

The project will still be profitable without the credits, White said, because nixing the courtyard makes the building less expensive to develop and the apartments themselves larger.

“The courtyard was going to be a very expensive thing to build,” White said. “But you don’t get any rent at all from that courtyard.”

In preparation for federal and state historic tax credit applications, Historic Housing had the warehouse and 47 acres around it added to both the Virginia Department of Historic Resources Virginia Landmarks Register and the National Park Service National Register of Historic Places.

Salomonsky sponsored the Virginia Landmarks Register application months after buying the building at auction for $1.85 million. Because that land is now listed on those two registers, buildings within the so-called Hermitage Road Warehouse Historic District may qualify for state and federal historic tax credits should they be redeveloped.

The Overbrook project must next go before Richmond City Council for a vote next week. If the special use permit for the plan is approved, White said construction could begin within six months. The work will happen in phases and will take between two and three years to complete, White said.

Also on Monday, the commission recommended approval of local developer Josh Bilder’s proposal to buy the Nolde Garage property at 24th and Marshall streets in Church Hill for $250,000.

His firm Sterling Builder Development, which is also redeveloping the nearby East End Theater on 25th Street, plans to build 17 apartments, 5,800 square feet of commercial space and 1,800 square feet of rentable civic space for the Nolde property.

The project would involve revamping the 89-year-old Nolde Garage building and adding two new buildings fronting 24th and Marshall streets. Bilder does not plan on seeking historic tax credits on the renovated portion of the project.

Planning also approved a proposal Monday to amend the capital budget to appropriate $23 million to the Economic Development Authority to develop the planned Stone Brewing Co. brewery complex on Williamsburg Road. The city plans to finance the brewery’s construction with taxable general obligation bonds, a $23 million commitment that will be repaid through Stone’s 25-year lease payments on the brewery.

Both the Stone and Church Hill development ordinances will also go before City Council at its meeting next Monday.

No mention of citizen concerns, expressed at the meeting, about this warehouse renovation?

Good news abounds. This will be a much more attractive building with exterior windows all around. And congratulations as well to Josh Bilder for his new development.