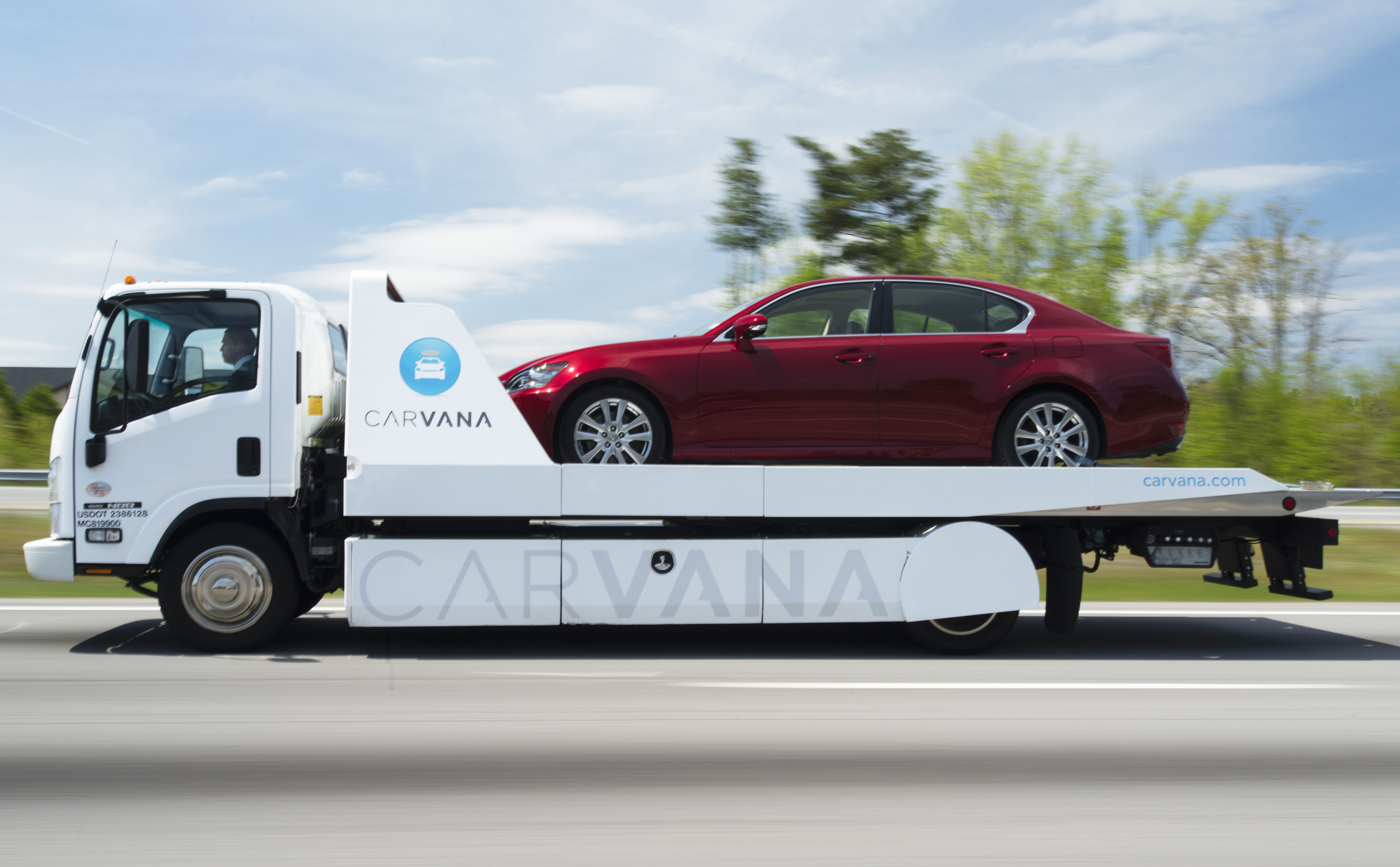 Shop-at-home car buying is revving up in Richmond.

The platform, which allows customers to shop for and purchase vehicles without ever setting foot on a dealership lot, is adding Richmond as its 14th national market, securing a distribution space at an undisclosed location in Petersburg.

Co-founder Ryan Keeton, who described Carvana as “Amazon for autos,” said Richmond provides a strategic step northward for the 3-year-old company in its march up the East Coast. Founded in 2013 in Phoenix, Carvana has since expanded to Texas, Alabama, Florida, Georgia and North Carolina. Richmond represents its first entry into Virginia.

“We’ve seen a really strong response in the markets that we’re currently in and new markets for our offering, and Richmond is a large market,” Keeton said. “It’s a tech-forward market; it’s got a lot of used-car purchases.”

Like McGeorge Toyota’s “McGeorge @ Home” program, Carvana allows customers to shop for cars online, have a car brought to them for a test drive and complete the purchase and financing process from their home. But Keeton said Carvana stands out in terms of technology and financing capabilities on its website. Another difference: Carvana’s free test drives last seven days.

“We have not yet encountered a company that can do everything that we can do,” Keeton said.

Keeton said Carvana has steadily increased its revenues from $4 million its first year and $40 million the following year to about $150 million last year. He said the company is on track to exceed $350 million in revenues this year.

Last year, Forbes ranked the company fifth in its list of America’s Most Promising Companies.

Describing the company as a dealership and not a marketplace, Keeton said Carvana acquires vehicles the same way other dealerships do – through off-lease, off-rental and wholesale channels. Vehicles are inspected and conditioned to company standards, photographed, put in distribution pools and added to the inventory displayed on its website.

“We are the only company out there that has fully integrated the whole transactional experience,” Keeton said, “…to the point where four hours at a dealership is now, thanks to our technology, collapsed to about 11 minutes. That’s the record.

“If you go to a dealership like a CarMax or some of the other public companies out there, there’s about $2,000 of overhead that’s passed on to the consumer through every transaction. We decided to extract those costs.”

“They’re the biggest guy on the block, so entering this market is going to be a great opportunity,” Keeton said. Noting last week’s reports of lower-than-expected first-quarter revenue and profits for the auto retail giant, Keeton said Carvana and similar alternative shopping services are having an impact on the market.

“The market leader nationwide is CarMax, but they have roughly just 1.5 percent market share in any market, so there’s a lot of opportunity,” Keeton said. “We’re not looking to say dealerships are going away completely; we just think we’re an alternative to dealerships and there’s a great opportunity there.”

As for McGeorge Toyota trying the concept in Richmond first, Keeton applauded the move.

“It’s great to hear that folks are going in that direction,” he said. “There is a lot of consumer interest going that direction, and the most progressive companies are trying to create great consumer experiences utilizing technology, so I take my hat off to them.”

Meanwhile, CarMax, which offers online shopping but requires customers to complete purchase and financing at a retail location, just opened its new digital and technology innovation center downtown, where it is focused on building out its e-commerce capabilities. The company said a goal is to create a seamless transition between the company’s retail stores and its website, where more customers are beginning their car search.

In a statement regarding shop-at-home services, chief marketing officer Jim Lyski said: “CarMax is in a unique position to combine a state-of-the-art online experience with the exceptional customer service our associates are known for. We will continue to lead the industry by delivering the car buying experience customers want, wherever they want it.”

Keeton declined to discuss the costs associated with Carvana’s move into Richmond. He said the company has hired 10 employees and is leasing the 2-acre distribution center in Petersburg, the location of which the company is not disclosing publicly because it will not be serving customers directly.

“It’s a significant investment to be there in Richmond,” Keeton said.

4 hours to buy a car reduced to 11 minutes! Nice solution! Evaluating cars at a dealership is not a problem, but the ridiculous amount of time involved in negotiating, paperwork, delivery of the vehicle prior to driving off the lot is the problem. Sounds like Carvana has figured out how to extract as much wasted time from this process as possible. Buying a car should become almost as easy as buying a shirt from Target. Good luck to the founders!!!