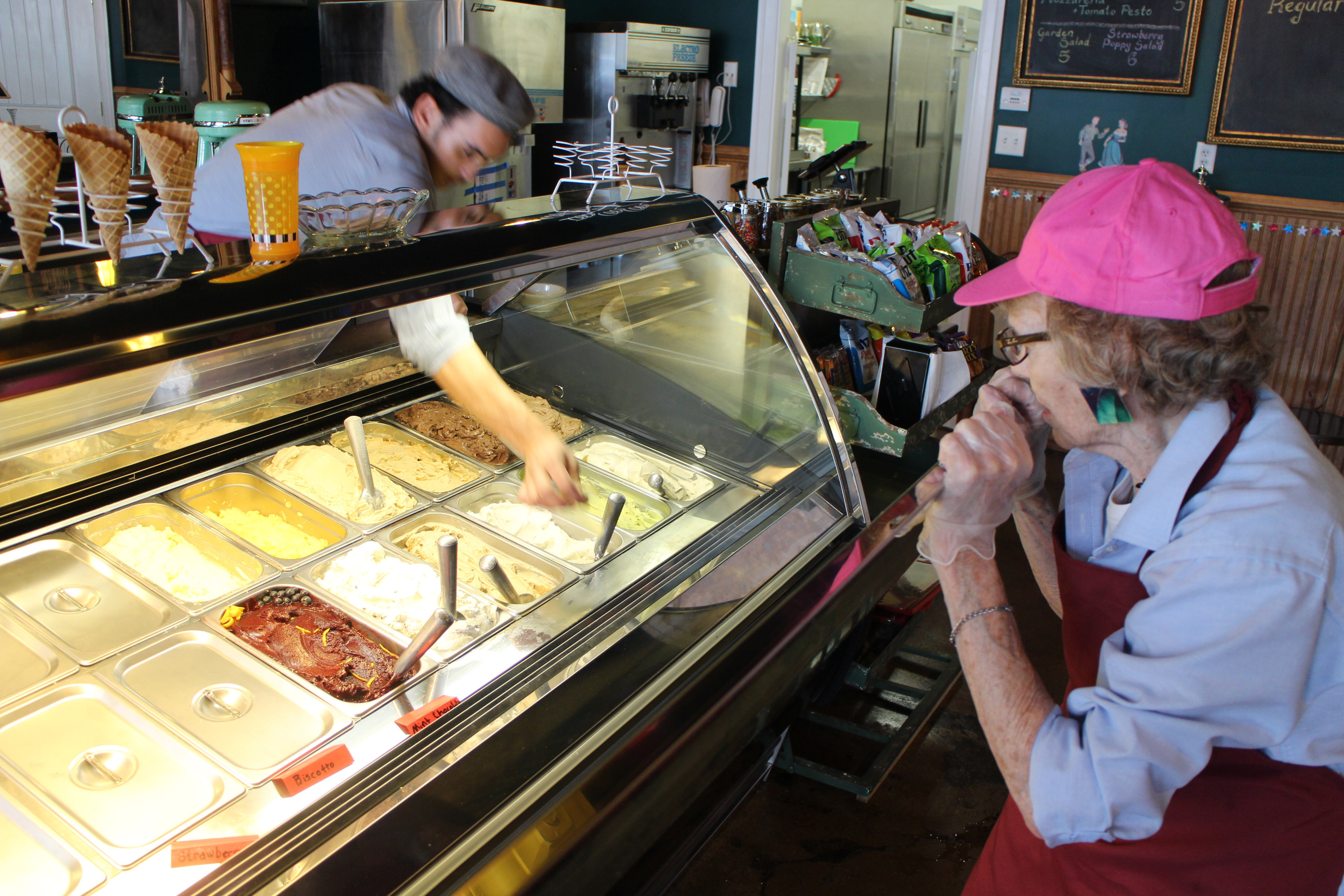 Barbara Given peers over the display at Stoplight Gelato Cafe. Photo by J. Elias O’Neal.

Every day is a day down memory lane for Barbara Given.

Standing in the Stoplight Gelato Café, the 80-year-old former George Mason University professor often smiles when she talks about her two loves: her late son Bryce Given and gelato.

“It’s bittersweet because he was supposed to be here with me,” Barbara said as tears welled in her eyes. “This place is a celebration to him.”

After months of renovations, perfecting menu items and finalizing gelato recipes, Barbara is finally ready to open the cafe at 405 Brook Road in Jackson Ward.

The shop, staffed with eight workers, will serve house-made gelato and soft-serve ice cream, as well as breakfast and lunch items. 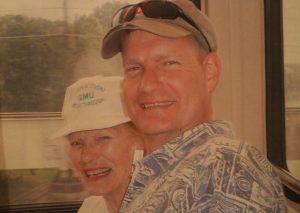 For the next few days, the shop is launching a “preopening opening” – an introduction to neighbors and surrounding businesses to get potential customers accustomed to their breakfast and lunch items, gelatos and sorbets. Permanent operating hours are pending.

Everything on the menu is 20 to 50 percent off; however, Barbara said those discounted prices end July 17, when Stoplight will host its grand opening – just in time for her 81st birthday.

“We want the community to know that we are here,” Barbara said. “We really want people’s opinion about the service and items we offer on the menu during that time.”

Stoplight Cafe is five years in the making – a road that began when Barbara and Bryce bought the 4,300-square-foot, 106-year-old building in 2010.

Bryce was a carpenter who specialized in trim work around Richmond. He also was a skilled mechanic who fixed up old Volkswagens, and planned to use part of the Brook Road property – originally a feed and grain store in the early 20th century – as a garage to pursue his interest in cars. Bryce also started work on the building’s second floor to transform the former workspace into an apartment.

“He was very skilled with his hands,” Barbara said. “I think he picked up his love for tools and making things after me….When he was a little boy, I used to build flower boxes with all sorts of tools.”

Bryce died in March 2015 from cancer at age 52, during an extensive renovation of the building.

Barbara was crushed, but was determined to complete the renovation with family and friends, which she admits has had its fair share of runaway costs.

“To be very honest, I could give a damn about how much it costs,” Barbara chuckled. “I wanted it to be done correctly; regardless if I’m operating at a loss…I’m going to be OK.”

This is not Barbara’s first soirée with frozen treats.

When she was 15 years old, Barbara helped run an ice cream business with her brother called the Ice Cream Bowl in her native Manhattan, Kansas.

“He made it, I sold it,” she said, pointing to a photo of her standing in front of the business. “When he opened the business, the newspaper there did a story about it and gave me that picture.” 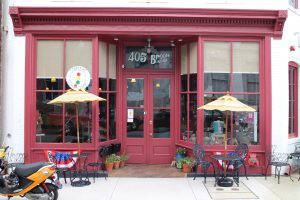 The idea for Stoplight Cafe was one of many Bryce had for reviving the old building, and one Barbara said was to be a tribute to the community.

“That’s what he wanted,” Barbara said, sitting under a refurbished stoplight that Bryce had been repairing and that inspired the shop’s name. “I feel like it’s a vision we are going to execute.”

She’s soliciting the help of a few neighbors to achieve Bryce’s vision for Stoplight.

Idle Hands Bakery, which recently relocated to 312 Brook Road, plans to provide Stoplight with pastries to sell in the café. Nettie’s Naturally, a Jackson Ward bakery that produces gluten free pastries and breads at 100 Clay St., also will sell some goods at Stoplight.

Juan Harmon, Stoplight’s gelato chef, said many gelatos and sorbets will be seasonal, and blended and paired with products grown and produced in the area. He added there also will be several gelato specials and flavors, such as orange crème, cucumber mint and Lemon Yuzu, prepared daily.

“We put a lot of thought into the flavors,” Harmon said. “We wanted them to be fresh and memorable.”

Barbara said any leftover gelato would be made into gelato pie – a sweet concoction that uses graham cracker crust as its base.

“Nothing will go to waste,” she added.

With a portrait of Bryce hanging on a wall lined with pictures of celebrities eating gelato, Barbara said the vision for Stoplight has come full circle – closing a chapter she helped start with her late son.

“I know he would be proud,” Barbara said. “This has been a long journey, and I know there is still more to go, but I have no plans to stop…I want to make sure I get it right.”

Um, guys… I think you don’t know the definition of, “crocodile tears” – unless you’re suggesting this woman is faking her wish for her husband to be still alive…

Dean, you’re right to point our unintentional misuse of the term “crocodile tears.” You can be assured that Ms. Givens’ emotions are genuine. And for the record, Bryce was her son, not her husband.

Barbara is not just a hard worker, she is very talented. The quality of this remodel and the gelato are outstanding.

Barbara is a great complement to the neighborhood. The gelato is also excellent. The atmosphere is also very pleasant.