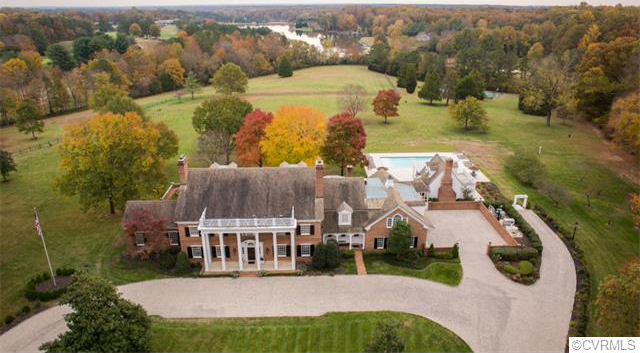 Continuing a trend of concentrated wealth in parts of Goochland County, Manakin Sabot (23103) has risen to become the region’s wealthiest ZIP Code.

The community’s 5,455 residents had an average net worth of $2.3 million in 2015, displacing Midlothian’s 23113 ZIP code for the top spot, according to rankings published recently by Richmond BizSense. The Midlothian community, whose median household income was $117,243 but had an average home value 38 percent lower than Manakin Sabot, had been the region’s wealthiest ZIP code the past two years.

Before 2015, Goochland County ZIP codes were omitted from the annual rankings due to a more confined area of study. BizSense uses data compiled by geospatial mapping firm ESRI, which in turn aggregates and models U.S. Census, American Community Survey and other data sources. It uses household income (median, average and per capita), net worth, disposable income and home values to rank the ZIP codes.

Five Goochland County communities were ranked in the top 15 wealthiest ZIP codes, the most of any county. All five were also within the top 10. Four Henrico ZIP codes rounded out the top 15, along with Rockville (23146) in Hanover County. 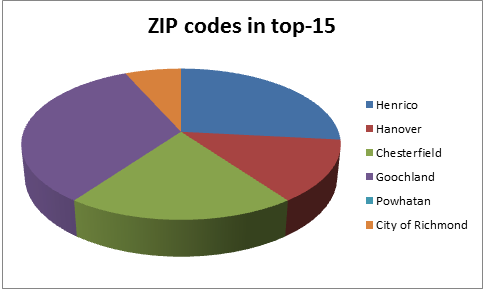 City of Richmond ZIP codes largely comprised the bottom third of the list, with four of the bottom five (23223, 23222, 23224 and 23219) contained within the city limits. In general, ZIP codes ranking in the bottom third had relatively low median ages, although 23222 bucked that trend with a median age of 40 and median income of $34,896.

Perhaps the most affluent part of Goochland, the River Road corridor, is part of the 23238 zipcode, which also includes a large chunk of western Henrico.
These numbers are also somewhat distorted by the relatively small population of Goochland, entire county has about 22,000 people, versus Chesterfield with more than 300,000.