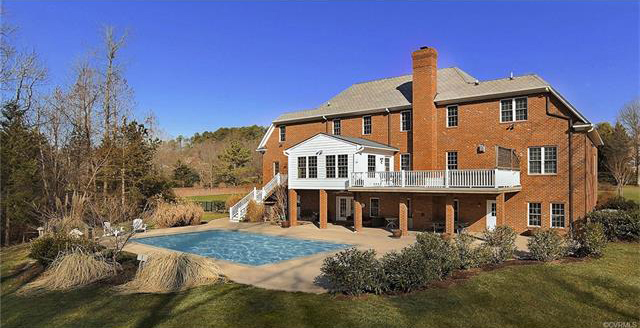 One of the newer homes in Henrico’s Mooreland Landing neighborhood was the highest-priced residential property sold in the Richmond area for June.

The five-bedroom, 5 1/2-bathroom home went under contract in March within a month of its listing, said listing agent Richard Bower of Joyner Fine Properties.

County property records list the buyers as William R. Kelly and Brenda A. Hart. The sellers were David M. and Gretchen B. Cuprisin. 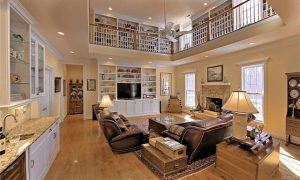 Bower said the buyers are moving from Connecticut and previously lived in Richmond, giving them a leg up on the local housing market.

The 2.3-acre property includes a pool and four-car garage. Bower noted the home also has access to Mooreland Landing’s common area, which covers 125 acres and includes trails, picnic areas and access to the river.

“That’s one thing that’s really unique about Mooreland Landing, that it has access to the James River,” Bower said.

The house is down the street from a 15,000-square-foot mansion at 639 Walsing Drive that sold in 2014 for $1.64 million. At the time, that house was considered the third-largest in Henrico.

Rounding out the top five for June, according to the Central Virginia Regional Multiple Listing Service: